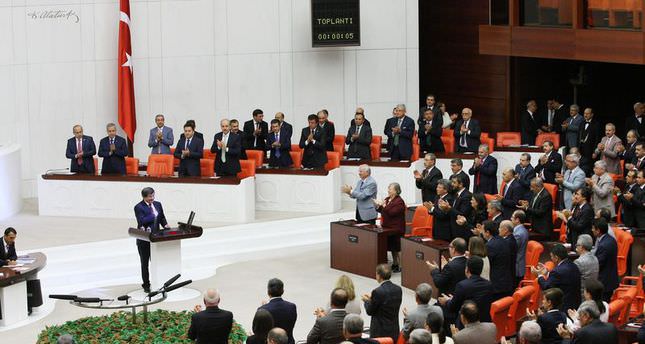 by AA Sep 08, 2014 12:00 am
Turkey's parliament held an extraordinary session on Monday to approve the remaining 24 articles of an 150-article omnibus bill including those relating to the mining industry which were tabled after the coal mine disaster in May that killed 301 miners in western Turkey.

MPs will work until the approval of the "bag of bills"; the majority of which were passed in August.

Following the approval of the bills, parliamentary sessions will be postponed until the constitutional opening on October 1.

Furthermore, the political party groups represented in the parliament at the general assembly have sent their condolences over the ten construction workers who died in Saturday's elevator accident at a construction site in Istanbul.