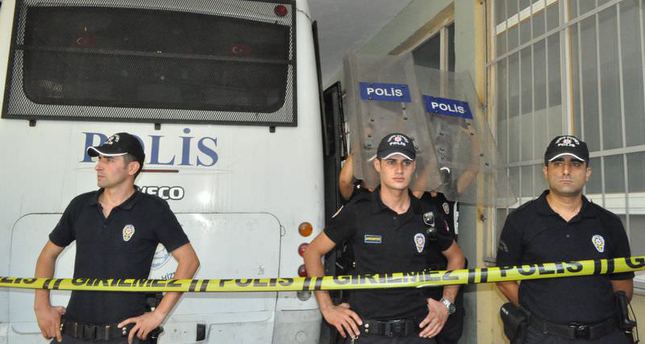 A total of 71 Gülenist police officers have been put under investigation for allegations of archiving voice recordings that should have been deleted following the closing of the legal cases linked to them.

The Interior Ministry's Supreme Disciplinary Board concluded the relevant investigation and dismissed 11 officers from their positions, including the former chief of Istanbul's counterterrorism unit, Ömer Köse. The board also halted the promotion of 41 officers for a period of 16 months.
The investigation revealed that the police officers with ties to the Gülen Movement kept the voice recordings linked to 350 different legal cases for their personal use and illegally archived them, which should have been disposed of immediately after the relevant cases were closed. The officers continuously utilized this archive to inflict damage on many senior Turkish officials as well as other people.

Additionally, 40 police officials, also with alleged ties to the Gülen Movement, were dismissed in July for their illegal wiretapping activities. Following the Dec. 17 and Dec. 25. operations, which were attempts to topple the Turkish government, officials have been conducting a series of investigations to liberate state institutions of Gülenist-supporters.

The Gülen Movement led by Fethullah Gülen who currently resides in the U.S. in self-imposed exile is allegedly behind the release of fabricated tape recordings and the wiretapping of thousands of individuals including politicians, journalists, academics, NGO leaders and prominent figures through fabricated cases and court orders given by Gülenist-followers within state institutions.