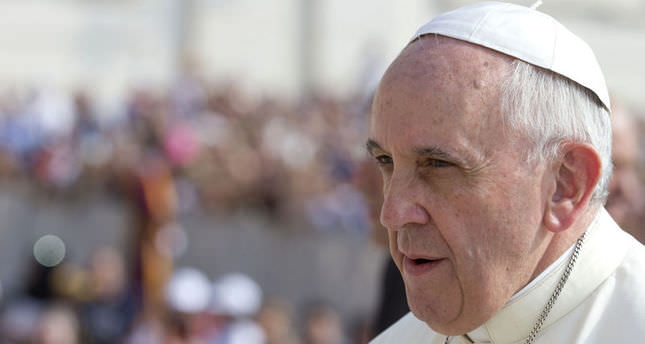 by Daily Sabah Sep 12, 2014 12:00 am
Pope Francis will visit Turkey "in the final days of November" at the invitation of President Recep Tayyip Erdoğan, the Vatican announced on Friday. Father Federico Lombardi told reporters the pontiff received an invitation from Turkey's head of state, but that the exact date and program of the visit have yet to be finalized. In 2006 his predecessor, Pope Benedict XVI, also visited Turkey, a predominantly Muslim country. Francis has made three official trips during his pontificate: to Brazil, the Middle East and to South Korea last month.