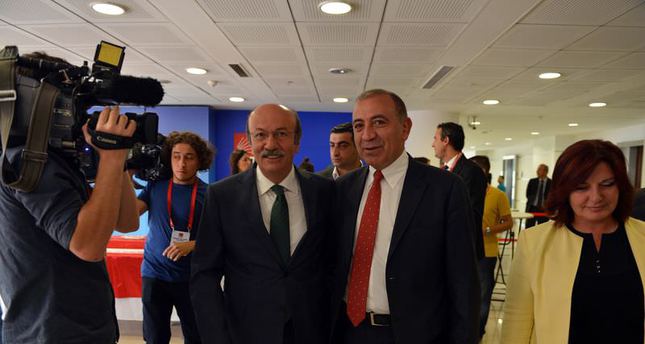 The meeting, which was held under the chairmanship of party leader Kemal Kılıçdaroğlu, lasted 5 hours, it has been reported that Kılıçdaoroğlu announced some important changes in the central executive board of the party.

CHP has experienced a serious intra-party crisis following the presidential elections when the party nominated Ekmeleddin İhsanoğlu as a joint presidential candidate to the disappointment of many secular CHP supporters who claimed the party is leaning towards the right, contrary to their stance. After the election defeat party held an extraordinary congress and elected Kemal Kılıçdaroğlu as the party leader for third time. Yet, the dispute within the party does not seem to be reaching a solution anytime soon.

Currently, Kılıçdaroğlu is criticized for nominating Mehmet Bekaroğlu who is a former member of the Islamic-rooted, right-wing Felicity Party (SP) for his Party Assembly (PM) list.