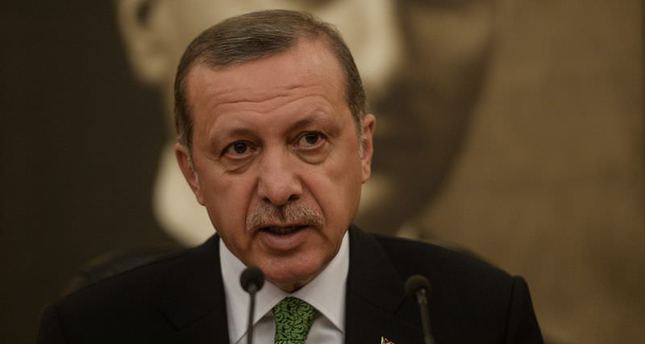 by Daily Sabah Sep 15, 2014 12:00 am
On his way back to Turkey from Qatar on Monday, President Erdoğan rejected the allegations published on The New York Times that Turkey buys oil from ISIS and said such allegations are hideous and cheap slander.

Answering a question whether Turkey will create buffer zones on the Iraq and Syria borders he said that the Turkish Military is considering the option and will decide according to developments.

He also commented on the situation of the Muslim Brotherhood leaders expelled from Qatar and said, "If they want to come to Turkey, we will review the request."