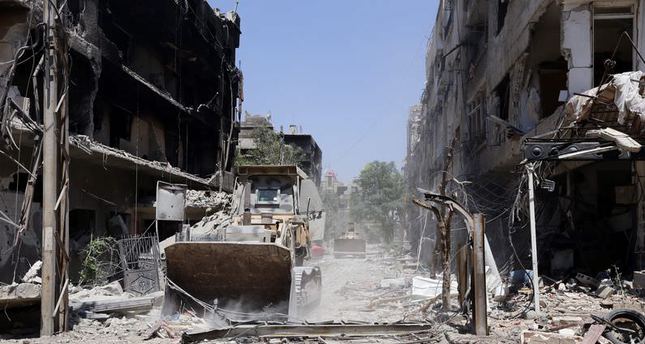 by AA Sep 15, 2014 12:00 am
Turkey has called on the United Nations to take action over the "systematic and repeated" use of chlorine gas in Syria.

The Organization for the Prohibition of Chemical Weapons said in its latest report that its team had collected "compelling evidence" that the toxic chemical was used "systematically and repeatedly" in Talmanes, Al Tamanah and Kafr Zet, three villages in northern Syria.

Urging the UN Security Council to take action, Turkey's foreign ministry said in statement on Sunday: "The use of chlorine gas by the Syrian regime once again reveals the threat it poses to regional and international peace and stability."