Over 60 percent of citizens confident in President Erdoğan 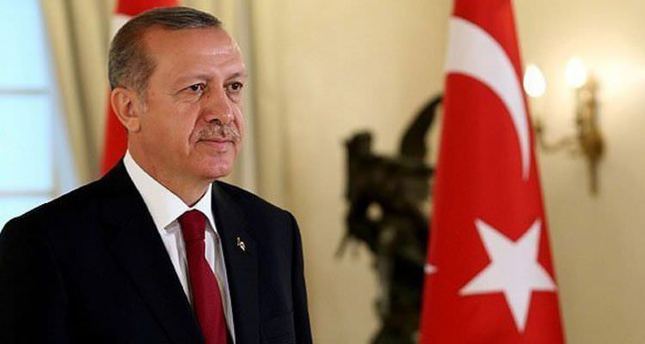 by Daily Sabah Sep 16, 2014 12:00 am
President Recep Tayyip Erdoğan will be successful in his new post, according to a majority of Turkish citizens, in a poll conducted by the polling company ANAR. According to the poll that was carried out between Sept. 2 and Sept. 8, 66.6 percent of citizens are confident in Erdoğan, who served as the country's prime minister for more than 11 years, being successful as the new president. Of the 5,200 people from 26 provinces, who participated in the survey, 25 percent said that Erdoğan will not be successful, while 8.3 percent indicated no opinion. Erdoğan was elected as president with 51.78 percent support.

Of the survey participants, 51 percent believe that the Justice and Development Party (AK Party) would win general election if it was held today, whereas opposition parties such as the Republic People's Party (CHP), Nationalist Movement Party (MHP) and the Peoples' Democratic Party (HDP) would get 24.7 percent, 12.1 percent and 8.2 percent respectively. The 18th general election is due to be held on June 13, 2015 to elect new members of Parliament.

The research institution ORC also carried out a similar survey between Sept. 2 and Sept. 6. According to the survey, which was conducted face to face with 2,310 participants in 32 different provinces, it was also predicted that the AK Party would win a general election with 47.4 percent of the vote if the elections took place on Sept. 7. The ruling AK Party had received 42.9 percent in the March 30 local elections.

The results of the ANAR survey suggest that opposition parties' supporters also have little faith in their leaders. Of the total participants, 60.2 percent thought that opposition leaders should resign. A rate of 62.8 percent of AK Party voters said the leaders of the opposition parties should step down, whereas this rate was 55 percent and 62 percent, respectively, for voters of the CHP and the Democratic Regions Party (DBP).

The main opposition CHP is experiencing a serious clash of opinions following the Aug. 10 presidential election in which the CHP and MHP's joint presidential candidate Ekmeleddin İhsanoğlu lost despite the fact that he was supported by over 10 parties. Party leader Kemal Kılıçdaroğlu and his rival Muharrem İnce ran for the party leadership at an extraordinary congress conducted on Sept. 5-6. Although Kılıçdaroğlu secured his party's leadership post, it was a closely contested election with İnce receiving nearly three times more votes than the number of signatures he received for his candidacy.

Kılıçdaroğlu has been severely criticized by many neo-nationalist CHP supporters and various groups in his party for İhsanoğlu's nomination, as they claimed İhsanoğlu, a former secretary-general of the Organization of Islamic Cooperation (OIC), was not a suitable candidate due to his ideologies.

The ANAR study also revealed that more than half of survey participants find the AK Party government's performance following the presidential election praiseworthy while 32 percent think the government is unsuccessful. Of the participants, 9 percent opted not to give their opinion.

The results of the study further indicated that two thirds of the interviewees believe that Erdoğan and the government will work in harmony, while 13 percent think that there will be a problem between them.