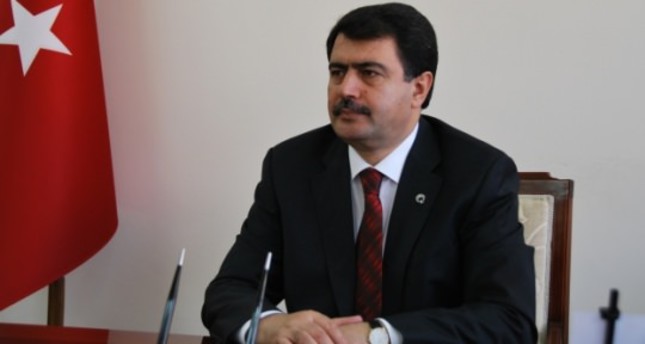 by Sena Alkan Sep 17, 2014 12:00 am
A number of top bureaucrats, including governors, have been posted to different cities with a government order made by Prime Minister Ahmet Davutoğlu's new government and approved by President Recep Tayyip Erdoğan upon his return from Qatar. The most comprehensive change took place within the bureaucracy with 31 governors reassigned, a decision approved by Erdoğan early on Tuesday.

According to the changes made in the 31 bureaucratic posts, Istanbul governor Hüseyin Avni Mutlu was replaced by Vasip Şahin who was previously the governor of Malatya in eastern Turkey. Şahin spoke to the press regarding the reshuffle on Tuesday and said that the appointment was a surprise to him.

The source from the presidency, evaluating the change within the bureaucracy said to Daily Sabah that Şahin handled the Syrian refugee issue in Malatya without any problem and that had a significant impact in his appointment.

Ankara's governor Alaaddin Yüksel was replaced by Mehmet Kılıçlar, a top official from the General Directorate of Security Affairs. State-run Turkish Radio and Television Corporation's (TRT) İbrahim Şahin was appointed to governor of the northern Samsun province, which came as a surprise to many. The name that will replace him is yet to be announced.

Hatay Governor Celaleddin Lekesiz, who is known to have had an active role during the Syrian crisis, has been reassigned as chief of the National Police Department, replacing Mehmet Kılıçlar.

Interior Ministry Undersecretary Seyfullah Hacımüftüoğlu was placed in Türker's former post and Antalya governor Sebahattin Öztürk became the new general secretary of MGK. The source read Hacımüftüoğlu's appointment as crucial since he was an influential figure during his post in the Interior Ministry. The source said that a critical and comprehensive change took place to ensure a more participatory and civilian democracy.
Last Update: Sep 17, 2014 1:03 am
RELATED TOPICS