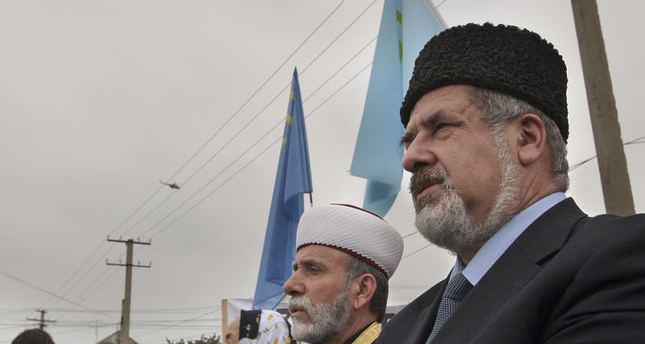 by AA Sep 17, 2014 12:00 am
Turkey has condemned a Russian raid on the Crimean Tatar Parliament building.

In a statement released on Wednesday, the foreign ministry said: "These kind of implementations, raiding the parliament to intimidate Crimean Tatar people who defend their democratic rights peacefully, are unacceptable."

The Mejlis did not participate in the March referendum that resulted with the annexation of the Crimean peninsula to Russia. Nor did Crimean politicians take part in a vote to elect the Crimean State Council on Sunday.

The Ukrainian Foreign Ministry described Sunday's elections as "a continuation of lawlessness."

Turkey did not recognize the elections, which it described as "illegal."