US Senate appoints John R. Bass as ambassador to Turkey 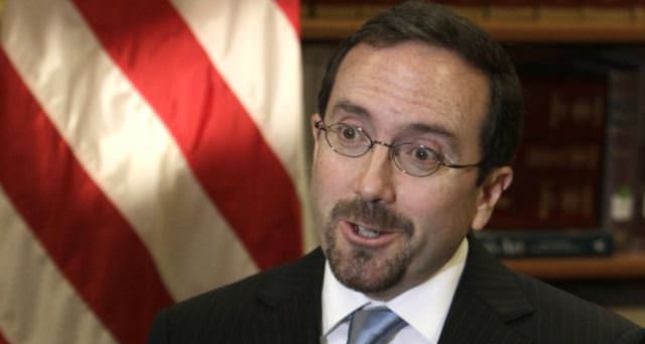 Bass, who was nominated in June but had his nomination held up by the Senate until after the August recess, was approved Wednesday by a vote of 98 - 0. There are 100 members of the Senate.

He served as ambassador to Georgia from 2009 to 2012 and is currently the Executive Secretary of State.

He has worked on Turkey, Cyprus and NATO-Russia negotiations during his time at the State Department.

The Obama administration has been critical of the Senate for holding up the nominations for 65 posts, 43 of which are career diplomats, including Bass.

According to the State Department statistics, 39 of the 65 nominations are pending in the Senate while 26 are in the Senate Foreign Relations Committee.

The statistics also show that 75 percent of the nominations have been waiting for approval since last year.

Because Bass' nomination was not approved earlier, the U.S. was represented by the charge d'affaires at the inauguration ceremony of Turkish President Recep Tayyip Erdogan in August.

The Senate is expected to also vote Wednesday on a number of other ambassadors and representatives to other countries.

U.S. ambassadors are nominated by the president and confirmed by the Senate.
Last Update: Sep 18, 2014 9:47 am
RELATED TOPICS