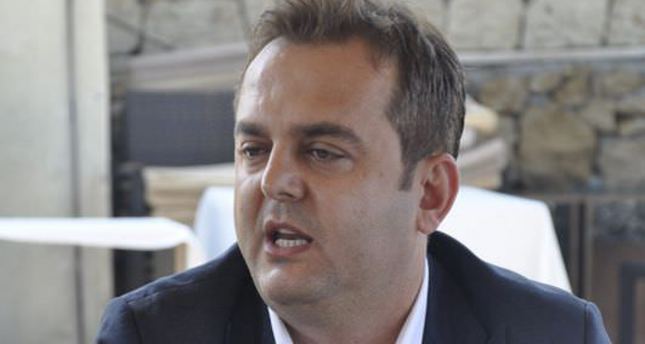 by Daily Sabah Sep 18, 2014 12:00 am
Following the March 30 local elections where the Turkish main opposition Republican People's Party (CHP) suffered defeat in the southern city of Antalya, the tension between provincial members of the party escalated once again with allegations by CHP Antalya Provincial Vice President Ergün Kurt, who resigned from his post in May.

Putting forward certain allegations over corruption in the CHP Antalya municipality ahead of the local elections, Kurt asserted that Antalya Provincial Chairman Devrim Kök accepted bribes of a luxurious car and money from Osman Önal, a businessman who wanted to be a CHP mayoral candidate in Antalya's Muratpaşa district.

Rejecting the claims of bribery in person, Kurt alleged that the former CHP Antalya municipality, which was under the authority of Mustafa Akaydın, received money for architectural overhauls in the city.

Ahead of the 2015 national election, the CHP is to agree on a list including names to be nominated as CHP deputies, but Kurt's allegations caused a stir within the party. Dismissing the claims, Kök said that certain names who are seeking to take advantage politically of Kök's possible resignation made those claims.

"This is an attrition campaign […] for Antalya's deputy list ahead of the national election [to be held in 2015]," Kök said.

When he resigned from the CHP, Kurt asserted that ethnic discrimination and favoritism based on interests came to the fore during the March 30 local elections.

In the March 30 elections, the Justice and Development Party (AK Party) won in Antalya by a margin of around 2 percent and the CHP came in second. The victory was attributed by some to Menderes Türel, who ruled Antalya prior to the 2009 local elections when he was not nominated as a candidate, resulting in CHP candidate Mustafa Akaydın's victory.

Right after the AK Party's victory in the city, a number of files belonging to the Antalya municipality were discovered by security forces at Boğaçayı building site being burned.

Türel personally went to the scene and said that it was explicitly evident that there was corruption, misconduct and theft by the previous administration led by the CHP who tried to cover it up through the extermination of files, which were supposed to be kept for at least five years.

Upon attempts to burn the files, Türel requested the protection of all files within the municipality office and ordered an investigation.

In response to the allegations, previous mayor Akaydın said it was true that a number of files were burned at the building site but claimed they were not "important."