PM Davutoğlu says gov't will not tolerate attacks against schools 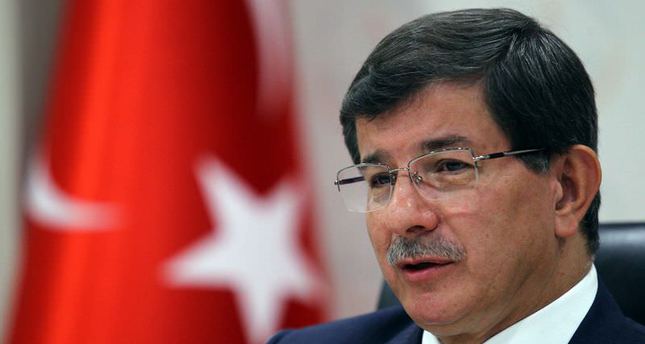 Violent protests erupted in the predominantly Kurdish southeast of the country when officials closed down a number of Kurdish language courses. PM Davutoğlu said such attacks aiming to harm the reconciliation process will not be tolerated by his government

Prime Minister Ahmet Davutoğlu said the Turkish government will not tolerate violence and let the country be the victim of terrorism, in reference to the violent protests that took place in eastern Turkey after a number of schools offering education in the Kurdish language were shut down by the government. Closure of these schools sparked violent protests in Şırnak province as a group of masked men carried out attacks on three schools in the region with Molotov cocktails, setting the building on fire shortly after the decision to shut down the schools came. The police used tear gas to disperse the protesters who attacked officers.

Deeming these attacks as "terrorist acts," Davutoğlu said he condemned the violence. "Such violent acts will only affect teachers and the children of locals, which is something we all don't wish for," he added.

Responding to claims that Kurdish schools were shut down to hinder education in the Kurdish language, he said they were shut down because they were illegally built and that the government would also close religious imam-hatip schools if they too were opened without receiving permits from state authorities. Defying state regulations, several nongovernmental organizations in southeastern Turkey, backed by some opposition parties affiliated with the PKK, decided to open three schools in three provinces without receiving permits from state authorities first, as required by Turkish law.

The school in Diyarbakır was shut down by authorities hours after it opened for the new academic year that began on Monday. The other two in Şırnak and Hakkari were shut down two days ago.

In a question-and-answer session with journalists following his speech, Davutoğlu also touched on issues regarding national education. Referring to the decision made by the European Human Rights Court (AIHM) over religion and ethics lessons, Davutoğlu said, "If we fail to give correct information about religion via our educational institutions, we won't be able to check the irregular and incorrect religious information that are the basis of radical thinking."

Noting that the issue of education is the government's main priority, Davutoğlu said learning is an unwavering quality of life, and if the desire for it were lost, one would become stifled and intolerant. "People would not feel the need to learn the opinions of others, accepting his truth as the only truth if they lose a love of learning.

As the new school year begins, I want to stress that we should expand our new philosophy in education. Unless an education system provides students with analytical thinking, all knowledge that is acquired by the student will go down the drain," Davutoğlu added."

Highlighting that the government's utmost focus is on the country's education system, which Davutoğlu acknowledges still needs settled reforms in order to keep up with changing dynamics in the world. "There are steps that can be counted as a revolution. We have provided schools with an additional 205,000 classes. We carried out rooted projects and reforms. The number of teachers has also risen to 813,000," said the prime minister.

Davutoğlu also noted that the budget allocated for national education surpassed the budget for defense during the term of the ruling party. "I have been told that there was currently a need for 20,000 classes by the governors of some provinces. I have issued orders to develop a policy to meet the demands in every district and will follow the process closely," said Davutoğlu. Davutoğlu concluded his speech by promising to provide students with the best facilities of modern education.
Last Update: Sep 18, 2014 9:52 am
RELATED TOPICS