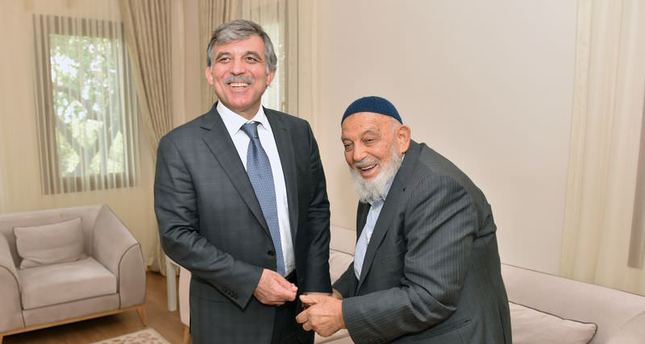 by AA Sep 19, 2014 12:00 am
Former Turkish President Abdullah Gül on Friday dismissed allegations on that he is working to found a new political party.

Speaking to the press while visiting his home city of Kayseri, Gül said the rumours that he is founding a new political party are "baseless."

Gül has also assumed high-level posts at Justice and Development (AK) Party governments, including Prime Minister and Foreign Minister. He is also one of the founders of the AK Party.

"I will give all kind of support for the success of my friends, the government and the President," said Gül.