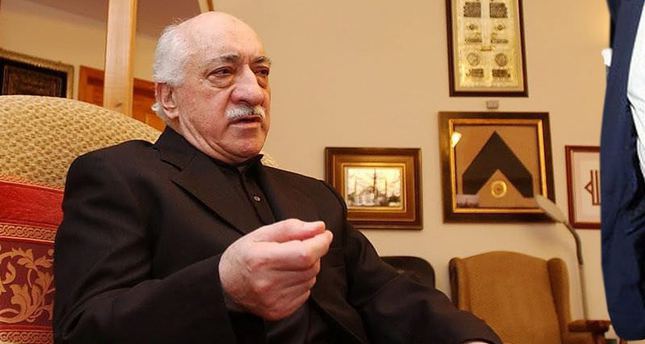 by Daily Sabah Sep 19, 2014 12:00 am
The İzmir 9th High Criminal Court has accepted an indictment prepared by prosecutor Okan Bato, who carried out an investigation into 32 officers detained as part of the third wave of an operation against Gülenist police officers in August. The indictment reveals that the officers in question illegally wiretapped some prominent businessmen for years, depicting them as members of a terrorist organization.

Prosecutor Bato, who is seeking three to 961 years in prison for the suspects, in a 35-page-long indictment claimed that there is an illegal structure within the İzmir police department in which the officers in question misused the sources and means of the government for their own purposes.

The findings of the prosecutor also revealed that they wiretapped some businessmen who regularly payed their taxes for years and were depicted as members of a terrorist organization.

The third wave of detentions against Gülenist police officers, who are accused of illegal wiretapping activities, was initiated by the chief public prosecutor's office in İzmir after they reportedly received 50 appeals from people claiming to have been wiretapped. Former Istanbul Police Department Counterterrorism Unit Chief Ömer Köse was detained pending trial by an Istanbul court in August and 32 other police officers were referred to prosecutors for questioning.

Following their interrogation by the İzmir Police Department, 32 police officers linked with the Gülen Movement, who were taken into custody on charges of their alleged illegal wiretapping activities, were referred to the İzmir Prosecutor's Office to be interrogated. Detention warrants were issued for 32 police officers linked to the Gülen Movement in an operation launched by the İzmir Police Department. Bato, who has been looking into the case of 32 police officers, accused the suspects of wiretapping some businessmen for years and archiving the recordings, which does not constitute a crime, when they had to dispose of them.

Bato accused the officers of misguiding the judges by portraying the ones to be wiretapped as members of a terrorist organization and demanded that all who signed the documents of the decisions to be held responsible for the offense. Prosecutor Bato, is seeking heavy sentences for the suspects on charges of "forming, leading and being member of an illegal organization," "violating private life," "slander," "misusing duty," "faking documents" and "archiving documents for blackmail usage." The 32 suspects are expected to stand trial on these charges in the coming days.
Last Update: Sep 20, 2014 5:47 pm
RELATED TOPICS