US approves Turkey's argument on buffer-zone 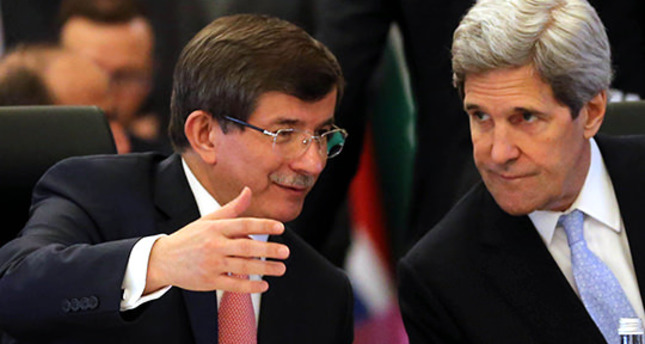 by Daily Sabah Sep 19, 2014 12:00 am
The U.S. is close to adopting Turkey's request for the creation of a military no-fly buffer-zone along its border with Syria, according to Turkish officials. The U.S. has reportedly approved Turkey's arguments for the first time for the necessity of such a zone during the meetings between Turkish President Recep Tayyip Edoğan and his American counterpart Obama at NATO-summit on Sept. 5 as well as between Turkish Prime Minister Ahmet Davutoğlu and U.S. Defense Minister Chuck Hagel and U.S. Foreign Minister John Kerry on Sept. 8 and Sept. 12, respectively.

Turkey, which neighbors Syria and Iraq and shares more than a 1,000-kilometerlong border with the two countries and is hosting more than 1.3 million Syrian refugees, has been pressing the U.S. and its allies in the U.N. Security Council (UNSC) to help Ankara establish a buffer zone over Syria. However, Turkey's buffer zone demand has been ignored even after Damascus's use of chemical weapons on civilians last May.

The Turkish National Security Council (MGK) gathered on Wednesday to evaluate the scope of the buffer-zone and effects of the U.S.'s air strikes on the Islamic State of Iraq and al-Sham (ISIS), before the UNSC assembles on Monday in New York City which is expected to discuss the U.S.'s plan for fighting the ISIS militants in Syria and Iraq.

Erdoğan is set to address the U.N. Security Council for the first time as president. He will discuss with the U.S. officials MGK's evaluations on the buffer-zone and will urge NATO countries to be more involved in this issue.

Turkey is reportedly drawing up plans for the buffer zone to be inside northern Syria. With the zone being set up as a noflight territory, Syrian President Bashar al-Assad will no longer be able to utilize barrel bombs, which he uses against his opponents and civilians, according to Turkish officials. The Syrian opposition groups, who are now stuck between regime- army and ISIS militants, will thereby have room to move freely, the officials claim.