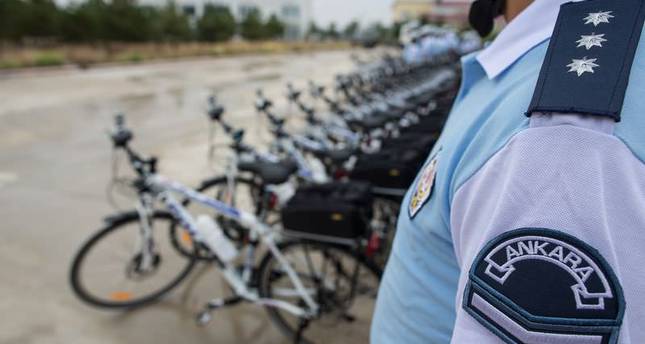 by Daily Sabah Sep 22, 2014 12:00 am
Prosecutor's office has ordered the custody of 17 Gülenist police officers, accusing them of illegally bestowing privileges on officers linked with the Gülen-movement.

13 suspects were detained as part of the investigation pertaining to "unlawful awarding of recognition certificates which affect an officer's promotion status and/or premiums".

Reports prepared by National Police Department's committee of inspection revealed how 30 Gülenist infiltrators were given double salaries while they were on leave and various other offenses such as arranging of false documents to show some officers on duty even though they were not on duty. The Ankara chief public prosecutor's office after assessing the reports pressed on the button for an operation against 17 suspects including the brother of Zaman Daily's editor-in-chief and ordered their custody.

The operation was carried out in ten cities based on the instructions of Alper Türközmen, the public prosecutor in charge of crimes committed by civil servants. The order requested the detainment of 17 officers while 13 were detained, three are suspected to be abroad and the search for one suspect still continues.

The detained suspects will be sent to court following their interrogation.

Likewise, Gülenists were accused of carrying out illegal activities within the police department, roughly a week ago. 470 police officers linked with the Gülen movement were stripped off their ranks after facing charges of stealing the questions of the commissariat test.

National Police Department took action against the Gülen-linked police officials who were proven to have cheated during a test which determines the ranks of officers by an inspector report and thus stripped them from their ranks.