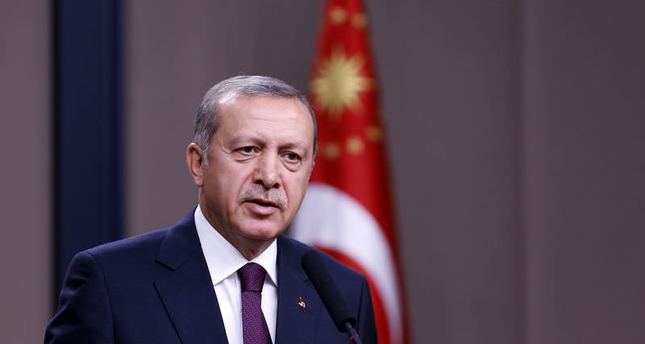 by Daily Sabah Sep 22, 2014 12:00 am
President Erdoğan canceled a scheduled meeting with a committee from the World Jewish Congress on Monday as part of his New York trip to the 69th session of the United Nations General Assembly for Climate Summit.

Apart from the UN Climate Summit, President Erdoğan's New York agenda also includes a meeting with UN Secretary General Ban Ki Moon, an interview with American journalist Charlie Rose, a meeting with Tim Cook, the CEO of Apple Inc, a meeting with Archbishop Khajag Barsamian the primate of Diocese of Armenian Church of America (Eastern) and the president of the Fund for Armenian Relief.
Last Update: Sep 22, 2014 9:57 pm
RELATED TOPICS