MHP deputy: Release of hostages more important than any deal 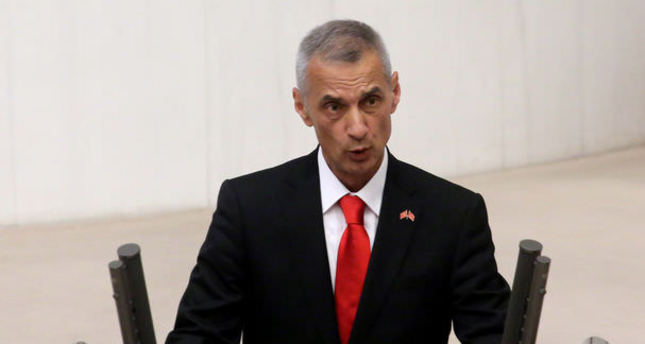 by Daily Sabah Sep 22, 2014 12:00 am
Turkish opposition Nationalist Movement Party (MHP) Istanbul Deputy Engin Alan, a retired general who was elected deputy when he was imprisoned as part of the Sledgehammer (Balyoz) coup trial, remarked on the questions lingering over the release of 46 Turkish hostages who were held captive by the Islamic State of Iraq and al-Sham (ISIS).

Alan said, "However it happened, there are children among them. With no doubt, we all are glad that the citizens met their families safe and sound."

Alan also added that everything that has been said by politicians and journalists on the issue are only speculations and people should wait until the details become clear. Alan's comment on the release of the Turkish captives referenced MHP leader Devlet Bahçeli's allegations of bargaining into mind. Over the weekend Bahçeli welcomed the rescue of the 49 consulate staff, including 46 Turkish citizens and three Iraqi consulate personnel who had been held for more than three months in Northern Iraq by ISIS militants.

In a statement issued on Saturday, Bahçeli said militants unjustly, immorally and illegitimately held the Turkish nationals captive. However, Bahçeli asserted that the government bargained with ISIS to rescue the Turkish hostages.

"Praise be to God, the 101-day circle of oppression and torment has ended," he said. "However, what kind of deal was made with ISIS? What was promised in exchange for the freedom of our citizens remains a mystery. What went on behind the scenes during the negotiations certainly won't remain a secret."

Dismissing the claims of paying a ransom or bargaining, Turkish President Recep Tayyip Erdoğan over the weekend said diplomatic negotiations played a key role in the release of the hostages, adding that no ransom was paid to free the captives.

Regarding the allegations that Turkey agreed to release three ISIS militants in exchange for the 46 Turkish captives, Erdoğan said, "Of course, everyone will write something about it. Even if a swap is necessary like the current one, I will always look after my citizens. Nothing can be more valuable than my citizens. They are now back in my country."

Erdoğan further said, "There was no money deal, but only diplomatic and political negotiations, and this is a diplomatic victory."