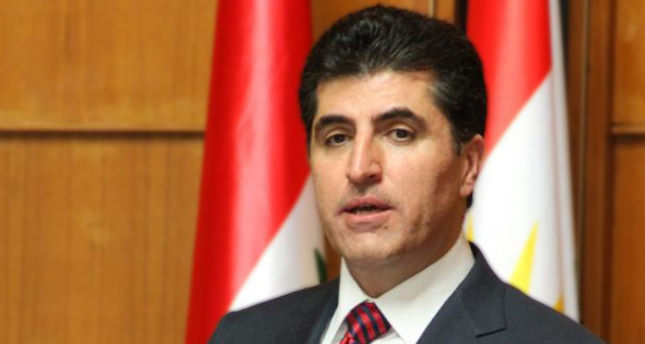 by AA Sep 23, 2014 12:00 am
Turkey has not supported the Islamic State of Iraq and al-Sham (ISIS) against Kurds and the Kurdistan Regional Government (KRG) in Iraq, said the head of the autonomous region.

"Turkey certainly did not support ISIS against Kurds or the Kurdish government," KRG Prime Minister Nechirvan Barzani said during a press conference in the Dohuk governate located in northern Iraq.

"We believe that it is slander. Turkey is our important neighbor and has always helped the Kurdish region," he added.

Barzani welcomed the release of the 49 Turk Consulate hostages held by ISIS militants in Iraq since June, explaining that the KRG did not have a role in the release of hostages.

In total, 49 hostages – 46 Turkish nationals and three Iraqi consular staff including diplomats, consular officials and their families, were kidnapped from the Turkish Consulate in Mosul, Iraq on June 11 by ISIS militants as they took control of Iraq's second-largest city. Their handing over has been secured and they returned to Turkey on Saturday morning.

He also said the KRG was concerned about the situation in northern Syria but had not sent peshmerga forces to the city of Kobani where Kurds are suffering from attacks by ISIS militants.

"We did not send peshmerga to Kobani. We will if necessary. We will consider this seriously, however, there are geographical obstacles ahead of us," he added.

ISIS, which already controls parts of Syria, has extended its reach into Iraq since June 10 when it seized Iraq's second-largest city. ISIS violence has claimed more than 1,400 lives in Iraq and has caused 1.2 million Iraqis, including Turkmens, Arabs, Christians and Yazidis, to flee their homes.

On July 18, Turkey's main opposition Republican People's Party (CHP) submitted a motion calling for a parliamentary inquiry to investigate the relationship between Turkey and ISIS.
CHP deputy Sezgin Tanrıkulu pointed to the abduction of the 46 Turkish nationals and three Iraqis by ISIS militants in the northern Iraqi city of Mosul as showing that the government had not taken any action against ISIS indicating that the two sides may have had an "indirect relationship" with each other.