Shared intelligence can halt flow of ISIS recruits via Turkey 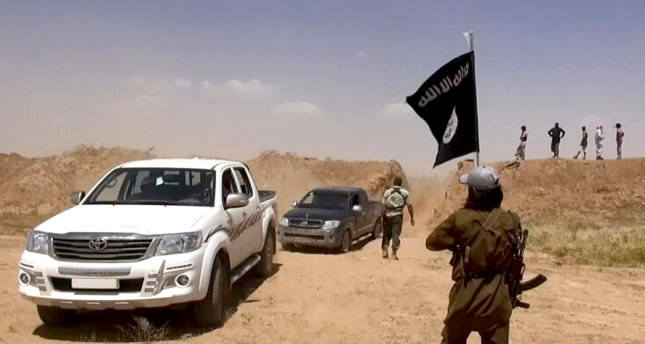 by Sep 23, 2014 12:00 am
Telephone hotlines and schemes to strip suspected militants of their passports are among eye-catching strategies to deter European fighters from joining Islamic State of Iraq and al-Sham (ISIS). But a more effective means - intelligence - is being underutilised, according to diplomats and officials in Turkey, the main gateway from Europe to the militant's self-proclaimed caliphate. Intelligence on recruiting networks is patchy and spy agencies are sometimes reluctant to share information, these officials say.

Thousands of foreigners from more than 80 nations including Britain, parts of Europe, China and the United States have already joined the ranks of the ISIS and other radical groups in Syria and Iraq. Many crossed via Turkey, flying into Istanbul or its Mediterranean resorts on Western passports, undetected among the millions of tourists arriving each month. More are trying, despite tighter border controls. Turkish authorities have drawn up a "no-entry" list of 6,000 people, some as young as 14, based largely on intelligence from Western agencies, and have deported more than 500 suspected of seeking to join the extremists this year alone. "Our partners say we don't know who's going until after they've gone. So it's also about radicalisation, about what happens before these people leave their homes," said a senior Turkish official, declining to be named so as to speak freely. "You can't catch the mice individually ... There are networks involved. We have to crush these networks."

Some intelligence agencies are reluctant to fully share information with their Turkish counterparts, partly because Turkey does not share the same data protection standards and partly for fear of compromising the work of undercover agents seeking to infiltrate jihadist networks, security experts say. "Data protection is an obstacle ... and this issue has put it under the spotlight," said one European diplomat. "But I think we're sharing more than we used to, lists of names and other data."

Cooperation has been more complicated with other states such as Egypt, the Arab world's most populous nation with which Turkey no longer has full diplomatic relations, or Libya, whose government was forced to flee the capital Tripoli last month after it was taken over by militants. "Turkish intelligence asked us for this information but we don't deal directly with them these days," said an Egyptian intelligence official when asked about cooperation with Turkey. "But we do give this information to other countries like America and we are sure Turkey can get it from them," he said. There have nonetheless been notable successes.

A man thought to be one of the main recruiters of French fighter for ISIS was placed in the hands of judicial authorities in Paris this month after his arrest in Turkey in August, after what French Interior Minister Bernard Cazeneuve described as "excellent cooperation". Spain, Morocco, Belgium and Germany have also made headway in breaking down recruiting networks, officials say. But Turkish officials, rebuffing suggestions they failed to adequately control their border, point to examples of Western intelligence failings to highlight the challenges they face.