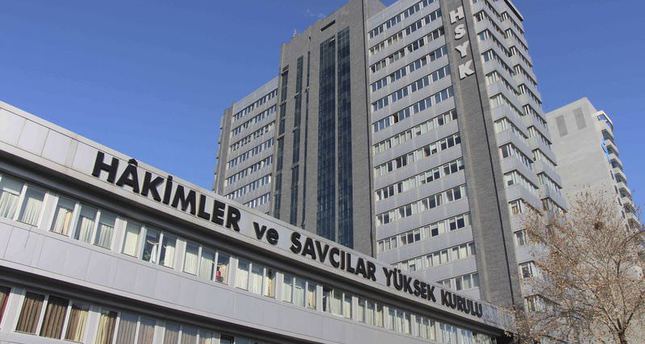 by Daily Sabah Sep 23, 2014 12:00 am
Turkey's Supreme Board of Judges and Prosecutors (HSYK) on Tuesday has elected three permanent and three non-permanent members at the Grand General Assembly of the Court of Appeals amid controversy surrounding the elections for being controlled by agents of the Gülen Movement.

Amongst the members who competed in the elections were Muharrem Akkaya, Alp Arslan, Yakup Ata, Mustafa Ateş, Bahri Aydoğan, Halit Baysoy, Ali Eryılmaz, Zeynep Nilgün Hacımahmutoğlu, Ali Orhan and a number of others.

The Gülen Movement is a transnational movement led by the controversial U.S.-based imam Fethullah Gülen who lives in self-imposed exile in rural Pennsylvania is accused of wiretapping thousands of people including Turkish government officials and encrypted phones. It has over 140 private schools throughout the world including the United States, Europe, Asia, and Africa. It has been accused of infiltrating into state institutions in Turkey and attempting to overthrow the government.