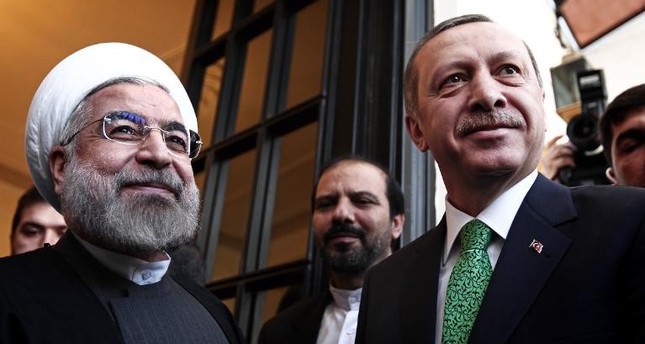 According to presidential sources, the two leaders discussed the latest developments in the region and agreed on close cooperation on regional issues as well as boosting bilateral relations.

Reportedly, Erdoğan thanked Rouhani for his support in Turkey's efforts to gain the candidacy for non-permanent membership on the U.N. Security Council for the 2015-2016 term prior to the UNSC elections in October.

During the talks, the importance of a High-Level Cooperation Council Meeting has been emphasized in order to enhance bilateral relations. Also, the two leaders agreed on the necessity of putting the preferential trade agreement into action. Rouhani paid an official visit to Turkey in June and held bilateral talks with former President Abdullah Gül and then Prime Minister Erdoğan.