Red notice likely to be issued against Fethullah Gülen 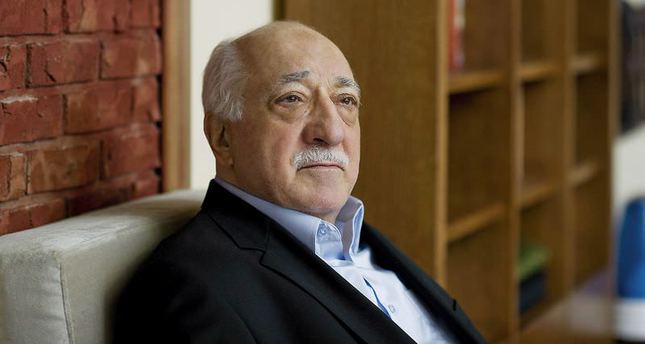 by Daily Sabah Sep 24, 2014 12:00 am
President Recep Tayyip Erdoğan said that there could be a red notice issued against U.S.-based imam Fethullah Gülen during a speech he made at the 69th UN General Assembly on Tuesday, the Milliyet daily reported on Wednesday.

Erdoğan arrived in New York on Monday to attend the assembly for the first time as head of state. Speaking at the Council of Foreign Relations think tank, Erdoğan assessed regional and global developments that have been occupying both Turkey's and the world's agenda. Saying that some media outlets in the U.S. are under the influence of the "parallel structure," Erdoğan said he hoped the Turkish and U.S. governments would cooperate in the struggle against the Gülen Movement, which he described a threat to both governments.

Erdoğan said that some media outlets and think tanks in the U.S. are adversely affected by the smear campaign of the Gülen Movement, which is accused of orchestrating the Dec. 17 and Dec. 25 operations implicating government officials in corruption.

"There could be a red notice issued against Gülen," Erdoğan was quoted as saying.

Reiterating the partnership between the U.S. and Turkey, Erdoğan said that he told U.S. President Barack Obama, "Just like we deliver the terrorists you request, you either deport [Gülen] or send him back to [Turkey]."

The Gülen Movement, led by Fethullah Gülen, has over 140 private schools and charity organizations around the world including the U.S., Europe, Asia and Africa. It has been accused of infiltrating state institutions to gain control of state mechanisms, illegal wiretapping, forgery of official documents and spying. During the NATO summit earlier this month, Erdoğan requested that Obama deport Gülen or send him back to Turkey.

Erdoğan reportedly also complained about the issue to Obama and said he had not yet received a response as he expected.

"Turkey makes things easier for America over the matter of extraditing criminals. The U.S. does not make it as easy for Turkey though," Erdoğan said.

Erdoğan, responding to the questions of reporters, also denied ever saying U.S. President Obama turned down his request to extradite the controversial Gülen during his speech.

The head of the Council on Foreign Relations, Richard Haass, following a speech Erdoğan delivered during a session closed to the press, shared a message via his Twitter account saying that Erdoğan's demand to extradite Gülen was rejected by Obama.

Erdoğan however denied ever making such a statement.