Turkish territory not used in air strikes against ISIS 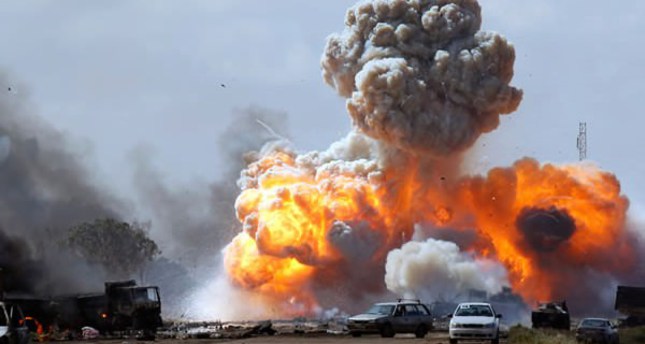 by Daily Sabah Sep 24, 2014 12:00 am
Neither Turkish air space nor a U.S. airbase in the southern Turkish town of Incirlik have been used in U.S.-led air strikes against Islamic State of Iraq and al-Sham (ISIS) militants, two officials in Prime Minister Ahmet Davutoglu's office told Reuters on Wednesday. The Syrian Observatory for Human Rights, an organisation that tracks the Syrian war, said earlier that air strikes overnight had hit Islamic State-held territory in Syria near the Turkish border and that the warplanes had come from the direction of Turkey. There was no other confirmation of air strikes in the area and Reuters could not independently verify the report.