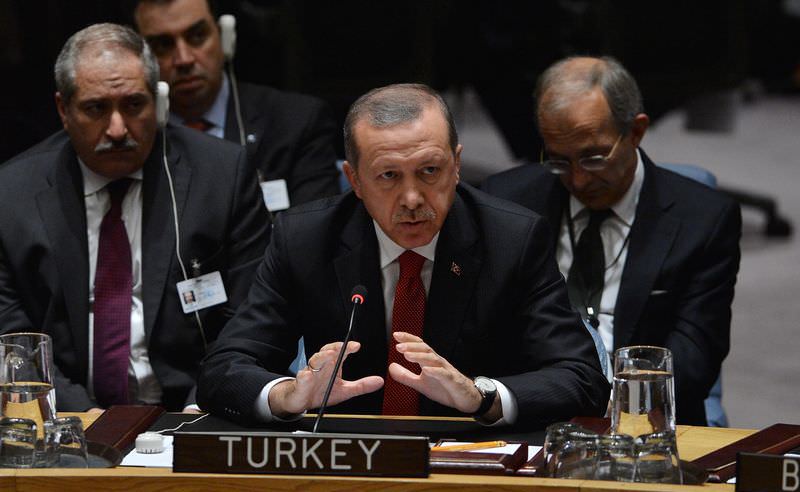 by AA Sep 25, 2014 12:00 am
Egypt has condemned a speech by Turkish President Recep Tayyip Erdoğan at the U.N. General Assembly in which he criticized U.N. inaction on the coup in Egypt which deposed the first democratically elected president Mohammed Morsi.

"[Erdoğan's speech] included lies and fabrications and disregarded the will of the great Egyptian people as reflected on June 30 [the mass protests that led to the ouster of president Mohamed Morsi by the military on July 3 of last year]," the Egyptian Foreign Ministry said in a statement early Thursday.

In his speech at the U.N. General Assembly early Thursday, Erdoğan criticized the U.N. inaction on what he described as the coup in Egypt.

"If we are going to defend people who come to power through coups, then I ask the question why we exist as the United Nations," he said.