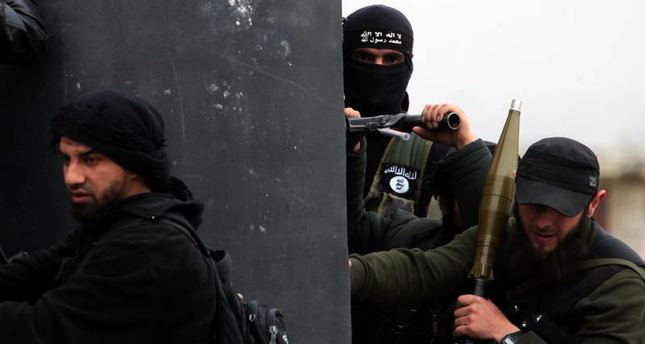 by Daily Sabah Sep 25, 2014 12:00 am
Contrary to allegations that Turkey is supporting the Islamic State of Iraq and al-Sham (ISIS), a report published by the Ankara-based think tank Center for Middle Eastern Strategic Studies (ORSAM) claims that "Turkey is among the first countries to which ISIS poses a direct and immediate threat" in terms of its geographical position and foreign policy in the Middle East.

According to the report, ISIS has been a direct threat to Turkey's Syrian border ever since the organization seized control of many of the crossings in Syrian territory. "Therefore Turkey, unlike other actors, is living with the reality of ISIS," the report said. The fight between Turkey-supported Syrian opposition groups and ISIS is also presented as another threat to Turkey and its foreign policy towards Syria. "ISIS benefits the Syrian regime by fighting the moderate opposition forces, strengthening popular support for Assad."

ISIS's huge potential menace is underscored in the study, while also explaining that Turkey is also hindered by the fact that Iraq is Turkey's second biggest trade partner. "Turkish companies undertook construction projects in almost the whole of Irbil, which has recently come under threat from ISIS."

In the report it is mentioned that the lack of action from Western countries toward moderate groups in the region may paradoxically trigger radical groups and terrorist organizations similar to ISIS.