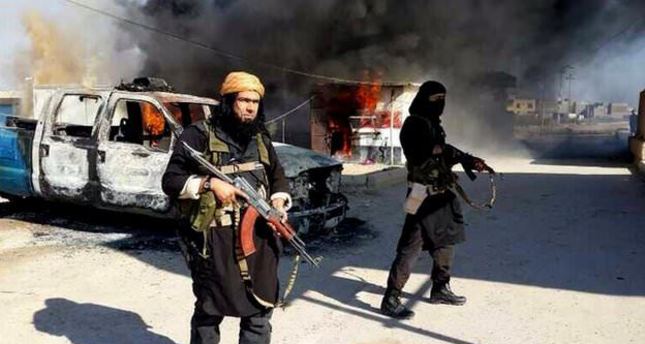 More than 120 Muslim scholars around the world released a statement on Wednesday denouncing Islamic State of Iraq and al-Sham (ISIS) militants as un-Islamic.

The statement is addressed to the group's self-anointed leader, Abu Bakr Al-Baghdadi and the fighters and followers of the self-declared "State," ISIS.

The statement said, "It is forbidden in Islam to torture, to attribute evil acts to God, to force people to convert to Islam, to deny women and children of their rights."

"It is also forbidden to cite a portion of a verse from the Qur'an – or part of a verse – to derive a ruling without looking at everything that the Qur'an and Hadith teach related to that matter," the statement continued.

Not only terror activities but also the group's caliphate declaration were criticized by the scholars. The mere announcement is not enough to establish a caliphate, according to the scholars' statement. The concept of a caliphate is not legitimate unless it is established by consensus from the Islamic community, they said.

The Muslim leaders asked people to stop using the term "Islamic" for the ISIS militants, rebuking the militants' unfounded logic that the group is protecting Muslims lands from non-Muslims.

President Obama made a similar point in his speech to the UN earlier on Wednesday in which he also disconnected the group from Islam. Speaking of ISIS' formidable activities, Obama said, "No God condones this terror."

President Recep Tayyip Erdoğan said Turkey opposed terrorism and terrorist groups in all its forms but did not approve of efforts to equate the violence perpetrated by ISIS with Islam.

"Indiscriminately, Turkey is against all kinds of terror and terrorist organizations. We [Turkey] never ever accept the 'Islamic terrorism' concept," Erdoğan said, denouncing those who associate Islam with terrorism. "Islam is derived from peace. Nobody can attribute terrorism to Islam. We will not accept such a thing as Sunni or Shiite terror. We are members of a religion that rejects sectarianism. None of the approaches that make an attempt on someone's life gain acceptance in our eyes."