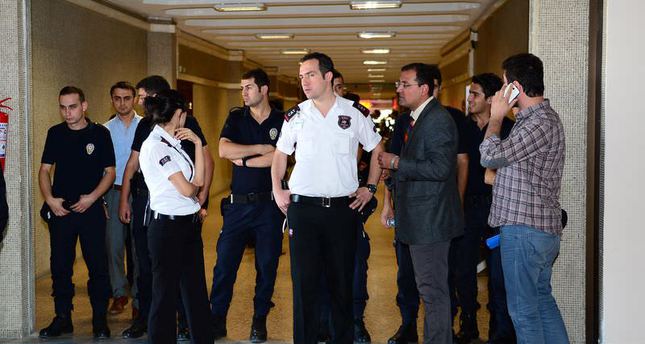 by Daily Sabah Sep 25, 2014 12:00 am
Three police officers who allegedly have ties to the controversial Gülen Movement have been arrested by Ankara Prosecutor's office following an investigation on illegal endowment of awards and privileges to police officers.

Accused for "unlawful awarding of recognition certificates that affect an officer's promotion status and/or premiums," the three officers were charged for "Fraudulent actions harming the public institutions and establishments and forgery of official documents" due to the discovery of strong evidence pertaining to the commitment of a crime and the potential to destroy or modify evidence.

An arrest warrant was issued for 17 officers earlier this week when 14 suspects were detained while three of them could not be located according to reports. 11 of these officers were transferred to the court on duty with the demand to take them under custody.

The Gülen Movement is a transnational movement led by the controversial U.S.-based imam Fethullah Gülen who lives in self-imposed exile in rural Pennsylvania is accused of wiretapping thousands of people including Turkish government officials and encrypted phones. It has over 140 private schools throughout the world including the United States, Europe, Asia, and Africa. It has been accused of infiltrating into state institutions in Turkey and overthrowing the government.