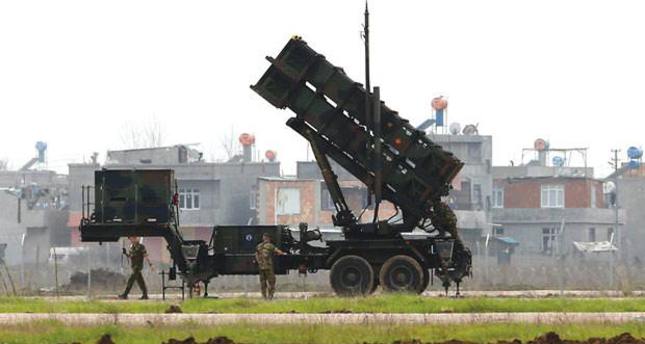 by AA Sep 25, 2014 12:00 am
Ankara has welcomed Spain's decision to send Patriot air defense missiles to Turkey to replace Dutch units which are pulling out under a NATO agreement.

The Dutch mission in the southern Turkish province of Adana close to the Syrian border will end in January after acting for two years as a NATO defense unit against potential attacks from Syria.

Spain's move comes after the Dutch government announced last month it would not extend its mission.

A statement from the Turkish Foreign Ministry read: "We welcome the decision by the Spanish government to backfill the Dutch Patriot unit that will be leaving Turkey in January 2015, with its own Patriot unit and approximately 130 military personnel."

The U.S., Germany and the Netherlands each sent two Patriot batteries in 2012 to bolster Turkish air defense in response to a request from Ankara for NATO assistance.

The U.S. and German contingents will remain in Turkey.