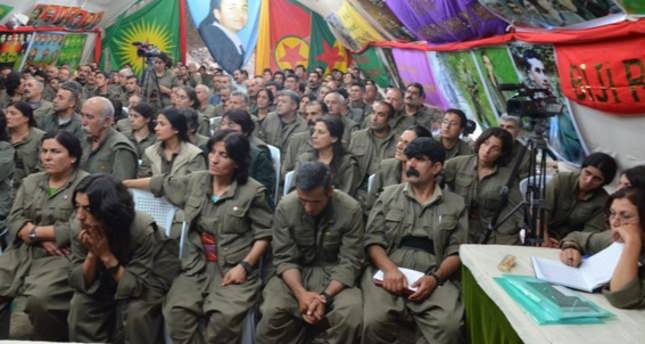 by Daily Sabah Sep 27, 2014 12:00 am
Warning the outlawed KCK (Kurdish Communities Union), an umbrella organization of the militant PKK that took up arms against Turkey to carve out a separate state, over its remarks concerning the reconciliation process between Ankara and the Kurds to end the decades-long conflict in southeastern Turkey, Interior Minister Efkan Ala, emphasizing the continuous public support for the process, said the government has its own road map and the process is continuing at full steam.

In previous days, KCK officials said that the reconciliation process had died on the vine, as the organization and the PKK's second man Murat Karayılan declared the ceasefire in place had "finished" in an interview with a TV station close to the PKK this week.

A delegation from the pro-Kurdish Peoples' Democratic Party (HDP) has spent the last week meeting with PKK leaders in the mountains of northern Iraq and top Turkish government officials regarding the reconciliation process. However, the party criticized the government for failing to put mechanisms in place to enable the two sides to begin advanced negotiations.

Regarding the statements, Ala said on Friday: "We [the government] know what steps to be taken and when. We will continue our steps with determination. The government has its own roadmap. The one that routes the process is the government, not other circles."

Speaking ahead of the Justice and Development Party's (AK Party) Extended Provincial Chairmen Meeting, Ala stated that there may be some provocations to erode the reconciliation process and certain circles may conduct activities to transform Turkey back into its "old days."

In past months, certain individuals tried to undo the reconciliation process with certain provocations, including pulling down the Turkish flag at the Air Force Command and erecting a statue of a PKK member in the predominantly Kurdish southeastern Turkey. Despite those attempts, Kurdish exiles who left Turkey years ago have started to return as part of the process.