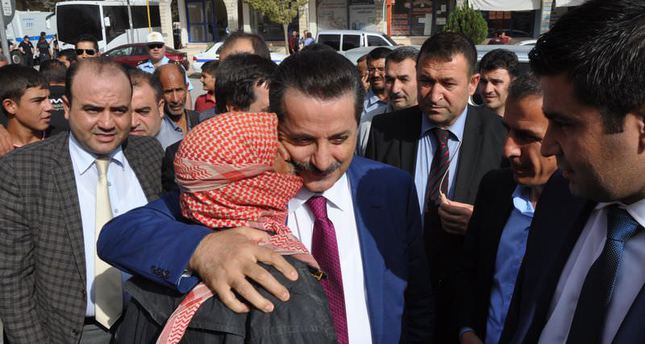 by Daily Sabah Sep 27, 2014 12:00 am
Turkey's Minister of Work and Social Security Faruk Çelik visited the Yumurtalık crossing gate on Saturday to meet the Syrian Kurdish refugees, who fled into Turkey to escape ISIS assaults.

Çelik said that Turkey welcomes all refugees who cross in to Turkey from the Kurdish city of Kobani, and reiterated that the government will build new camps in the region to provide shelter for the refugees.

"Turkey also opened its borders to the vehicles and animals of the refugees upon President Erdoğan's instruction." Çelik added.

Meanwhile, Syrian Kurdish refugees continue to flow into Turkey, upon the welcoming of the Turkish government. Around 160,000 Kurdish refugees took shelter in Turkey since the country opened its border on September 19 according to an Ankara report.