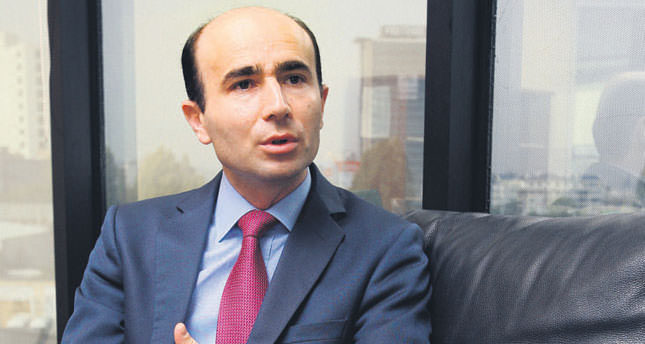 A decisive victory against the Islamic State of Iraq and al-Sham will not be possible unless a comprehensive strategy is procured that aims to eliminate what led to the creation of the militant organization, says foreign affairs academic Professor Mesut Özcan

The U.N. General Assembly meetings were held in New York last week. While the main agenda was the Climate Summit, the U.N. Security Council's decision to prevent foreign warriors from joining the Islamic State of Iraq and al-Sham (ISIS) received more attention in Turkey. Representing Turkey, President Recep Tayyip Erdoğan's critical speech, which claimed that the U.N. is incapacitated, also became one of the attention-grabbing topics. Daily Sabah spoke to Associate Professor Mesut Özcan, the head of the Ministry of Foreign Affairs' Diplomacy Academy, about the U.N. General Assembly, critiques of it and Turkey's position in the fight against ISIS.

Daily Sabah: Last week, U.N. General Assembly meetings were held. While the main agenda was the Climate Summit, the U.N. Security Council's decision, which foresees a fight against "foreign warriors" joining organizations such as ISIS and al-Nusra Front, became the news in Turkey. How do you evaluate this decision?

Mesut Özcan: First of all, in the U.N. Security Council's resolution no. 2178, the term foreign warrior is defined. Then it explains what a country should do when one of its citizens goes to another country to join a terrorist organization. This decision is important in regards to limiting travel to Iraq and Syria and imposing sanctions against the countries that will not abide. The existing cooperation was consolidated with this decision as well. As a result of this, the numbers of foreign warriors will surely decrease, however, foreign warriors are not the only issue pertaining to ISIS. This is only one dimension of the problem. Local support of ISIS should also be addressed.

DS: How is this decision going to affect Turkey's obligations to the coalition?

Özcan: It will not affect them greatly because Turkey is executing its stated duties. As a member of the Global Counter Terrorism Forum, Turkey has taken steps along with the United Kingdom and France. While there may not be a great change, I think that with this decision, the counter-terrorism consciousness will be consolidated in Turkey. Also, the fight against ISIS gained a new frame with the U.N.'s decision. It became an international affair.

DS: How do you evaluate the allegations that Turkey is supporting ISIS despite its efforts against it?

Özcan: I think that Turkey lacks the proper PR to handle it. Besides, everyone is trying to put the blame on someone else. Before this decision, it was not possible to easily limit a suspected foreign warrior's travel. With this decision, states will have more room for maneuvering. The state will be able to limit a suspect's travel even though the person doesn't have a criminal record. Turkey was already doing this, however, due to the list's late transmission, the suspects were already in and out of Turkey. The coordination problem will be resolved with this decision.

DS: There are talks about a buffer-zone on the border, how do you think it will be realized?

Özcan: To create a buffer-zone, troops are needed to secure the land in addition to controlling flights, and nobody wants this. Like in Bosnia,buffer-zones will be created by the region. It is not easy to provide security in a large region with various military forces. However, the main aim seems to be the protection of civilians in certain regions. Having this decision under the roof of the U.N. Security Council seems to be challenging, as some members may veto it. Maybe it can be done by the U.N. defining the buffer-zone and creating a coalition under NATO. Nevertheless, this is something that will become certain after an assault on ISIS. This may not happen if ISIS does not lose its force after an assault, but it will have dire consequences.

DS: What is Turkey's position in the fight against ISIS?

n Özcan: The retrieval of the hostages was a great relief for Turkey, however this does not mean that all concerns have been eliminated. Even though Turkey has been accused of not cooperating sufficiently, Turkey has sent the message that it is cooperating and will continue to cooperate in the future. With this statement, Turkey has shown that it is a part of the fight against ISIS. Yet the U.S. and other coalition members have not procured a plan to eliminate the reasons that created and continue to empower ISIS. If there is not a strategy to address this, Turkey's position in fighting ISIS will not change much. Also, without a strategy like this, a decisive victory is not possible.

DS: Turkey sees the Bashar al-Assad regime in Syria as the source of regional instability and terrorist activities. Do the recent statements of the French Foreign Minister and the U.S. Secretary of State, who also accused the Assad regime of instability, indicate a shift to Turkey's position?

Özcan: I don't know how much of a shift this is, but it definitely indicates the endorsement of Turkey's statements. While they have spoken before about the necessity of Assad's removal from his post, they have not taken any concrete steps to achieve it. With the rise of ISIS, Assad's massacres and assaults were seemingly forgotten. However, it was understood that the underlying element in this threat is the instability in the region. Kerry and Fabius' statements mark that Turkey's assertions are emphasized and endorsed. The diagnostic is there, however, it is hard to claim that the states will make a move to resolve it. Time will tell how it is going to be.

DS: Baghdad's central government's wrong policies are blamed for the existence of ISIS in Iraq. Do you think it is possible for the Abadi government to stabilize Iraq? If so, how?

Özcan: It will not be easy. The Abadi government by itself cannot resolve this problem. Under the Maliki government, Sunnis felt as if they had been outcast. This caused ISIS to find a social footing among the people. There are many important issues awaiting the newly formed Abadi government, however, there are not many alternatives. It is possible to make progress with an inclusive government such as Abadi's. Immediate solutions are not possible either due to crucial infrastructure, security, and economic issues. Other than this, if there is inclusivity in appointing officials, providing security and mending the economy, the support to ISIS may deteriorate. This will probably not happen in the meantime. It is hard to achieve consensus on Shiite, Sunni and Kurdish demands all at the same time.

DS: Going back to the U.N. meetings, how do you evaluate President Erdoğan's critical speech regarding the incapacitation of the U.N.?

Özcan: These critiques are actually not new. Turkish and other countries' representatives voiced them time and again. There has been an effort to reform the U.N. since the end of the Cold War. The events in both Syria and Iraq exposed the U.N. Security Council's dysfunctionality. President Erdoğan's critique is due to the fact that Turkey is a country that is largely affected more by what happens in the Middle East when compared to the U.S. and U.K. Also, it is important to point these criticisms out to force other member countries to take action. The reform efforts being obstructed by the permanent five U.N. Security Council countries are a known fact. This shows that an event or war that will shake the world's foundation is needed for a change in this structure. Political actors, especially Russia, are demonstrating their importance by pushing their position in the Syrian and other crises.

DS: Is Turkey's critique toward the U.N. while being a candidate for temporary membership in the U.N. Security Council contradictory?

Özcan: It is definitely not. It is right to apply to these kinds of platforms to forward its claims and strategies. Unfortunately, though, we don't have a perfectly working international organization. It is only natural to get involved in the largest possible platform, the U.N., and to push certain issues onto the agenda.

DS: Another subject is refugees. With last week's addition, the refugees in our country are numbered at more than 1.5 million. Do you think that Turkey is receiving sufficient support from the U.N. and international community?

Özcan: Turkey does not receive adequate support from them. There is some monetary support for the refugees from both Arab and Western countries, but it is minimal. Because of this, Turkey is able to make its voice heard within the U.N. While Turkey spends enormously for the refugees, there are other issues. The fear of terrorism is definitely important, yet nobody talks about the hardships the refugees face and they are always ignored. Nobody takes into consideration that these driven people may trigger terror or that it can have dire consequences. Turkey needs to make a bigger effort to make its discomfort on this subject clear.