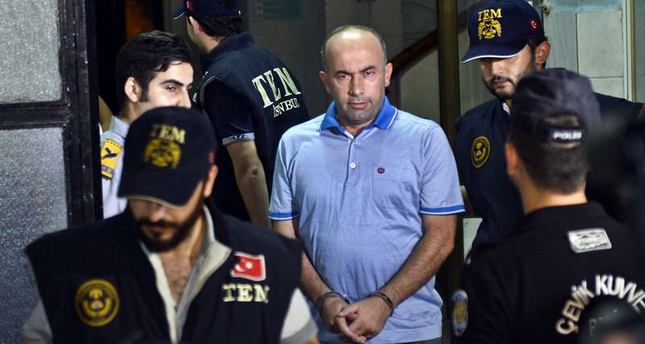 by Daily Sabah Sep 29, 2014 12:00 am
Fourteen police officers allegedly having ties to the Gülen Movement have been detained on Monday morning by the prosecutor's office under the scope of the unlawful wiretapping investigation in various cities including Antalya, Mersin, Hatay, Şanlıurfa and Diyarbakır.

It is reported that the detainees are being interrogated for unlawfully wiretapping 137 phones, and are facing charges under the scope of "establishing and administering an organization to commit crime, violating the confidentiality of communications and private life, forgery of official documents and fabricating crimes".

Amongst the detained include a former intelligence chief and his assistant, a deputy police chief, a commissioner, and a number of officers.

The detainees are currently being interrogated by the prosecutor's office.

Tens of police officers who are allegedly affiliated with the Gülen Movement have been detained throughout the country for a number of charges including unlawful wiretapping and espionage, and attempting to overthrow the government.

The Gülen Movement led by the controversial U.S.-based imam Fethullah Gülen who lives in a self-imposed exile in rural Pennsylvania is accused of wiretapping thousands of people including Turkish government officials and encrypted phones.