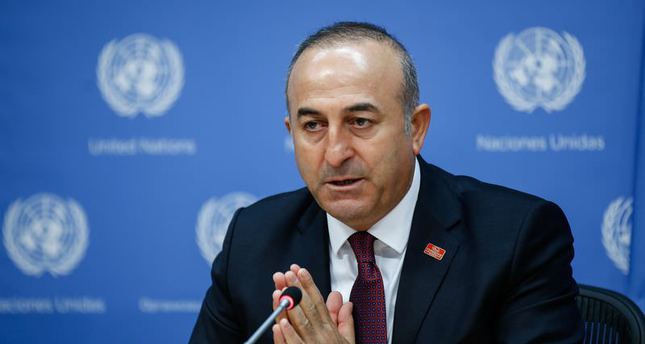 by AA Sep 29, 2014 12:00 am
Turkey wants to "make life easier" for displaced Syrians by establishing a safe zone on Syrian territory next to the border, Turkish Foreign Minister Mevlüt Çavusoğlu said.

Speaking in New York on Monday, Çavusoğlu said: "A safe zone inside Syria is essential to make life easier for the Syrian refugees."

Turkey is facing massive influx of refugees from Syria, with more than 1.5 million now having fled the civil war for Syria's northern neighbor. The latest attacks by the ISIS around the town of Kobani have seen more than 160,000 cross into Turkey in ten days.

Commenting on the alliance against ISIS, Cavusoglu, who met UN Secretary General Ban Ki-moon during his visit, called for a "comprehensive" strategy to deal with the terror group.

He also informed Ban about the measures Turkey has taken to stop foreign fighters travelling through its territory to join extremist groups in Syria and Iraq.

In addition to the humanitarian crisis on the border, fighting between ISIS and Kurdish Peshmerga around Kobani has seen artillery ordnance fall on the Turkish side of the border.