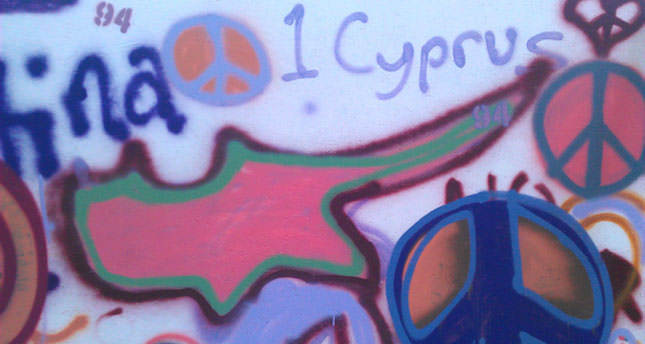 by Daily Sabah Sep 30, 2014 12:00 am
As Turkey's and Turkish Cyprus's attempts to bring the 40-year-old problem on Cyprus into the U.N. are welcomed by Greek officials, the obscurity and reluctance of President of Greek Cyprus Nikos Anastasaides was harshly criticized by the opposition in the Greek Cypriot parliament.
Northern Cypriot President Derviş Eroğlu met with U.N. Secretary General Ban Ki-moon in New York last week and asked the U.N. to become more involved in efforts to end the separation of the island's Turkish north from Greek south. He called for greater Greek Cypriot willingness to find a solution and said, "It has always been the Turkish side that approved U.N. agreements for a solution to the issue while the Greek side has always rejected them."

Eroğlu also pointed out that thanks to the efforts by Norwegian former minister of foreign affairs, Espen Barth Eide, who was recently appointed U.N. special advisor for Cyprus, talks with Greek Cypriots could have started from the negotiation process - the third step of the whole process.
During his first official foreign visit as prime minister this September, Ahmet Davutoğlu aired his grievances about the reluctance of Greek Cypriots to find a solution to the island's problem. While calling on Anastasiades for immediate action, Davutoğlu said, "Come, let's make this peace immediately, not tomorrow but today, not next week but this week, not next year but this year. Every suspended solution, in fact, will deepen the lack of a solution - we shall not suspend it. Let's put all the issues on the table and take steps in this framework."

Davutoğlu also said that he has confidence in U.N. officials to find a solution on Cyprus by addressing U.N. Special Advisor for Cyprus Eide: "Be at the Island more and make the shuttle diplomacy more intensively."

As part of this 40-year-old problem, Greece also leans toward a solution by the U.N. Addressing the plenary of the 69th U.N. General Assembly in New York on Saturday, Greece's Deputy Prime Minister and Foreign Minister Evangelos Venizelos said that a just and viable solution to the Cyprus problem must be in accordance with the relevant U.N. Security Council resolutions. Indicating Greece backs the joint communique signed in last February he said, "Greece fully supports the dialogue between the leaders of the two communities within the framework of the February 2014 joint communiqué, and President Anastasiades' initiatives for confidencebuilding measures that can create new momentum on the island."

The island was partitioned into Turkish and Greek zones in 1974 after Turkey's military intervention on July 15 as a rightwing military junta with Greek support tried to annex the island.

The last time the two sides came close to a deal was in 2004 when a deal put forward by former U.N. Secretary General Kofi Annan to reunify the Turkish Cypriot and Greek Cypriot communities was defeated by a "no" vote in a referendum held by the Greek Cypriot administration. Turkish Cypriots voted in favor of the Annan Plan for Cyprus.