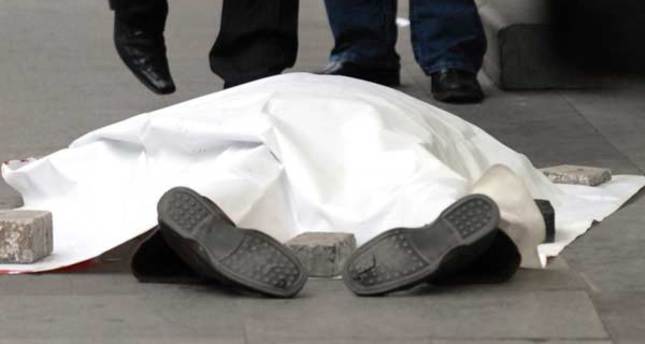 Gülenist officer Ali Fuat Yılmazer, who was arrested over illegal wiretapping and another Gülenist officer are accused of threatening inspectors looking into the murder of Armenian-Turkish journalist Hrant Dink

Members of the the Prime Ministry Inspection Board said that they have been threatened by Gülen Movementlinked police officers Ali Fuat Yılmazer and Ramazan Akyürek during their investigations into the murder of Armenian-Turkish journalist Hrant Dink who was killed in 2007. The officers had allegedly demanded inspectors to dismiss the case, Türkiye daily reported on Monday. The new probe strengthened the suspicion of a Gülenist cover-up in the Turkish-Armenian journalist Hrant Dink's murder.

Prosecutors found crucial evidence showing that government officials had been blackmailed and threatened in order to convince them to dismiss the case. The Chief Prosecutor's Office for Istanbul started the interrogation process where, in this context, prosecutors appealed to the testimony of members of the Prime Ministry Inspection Board who said that they had been threatened by Gülen Movement- linked officers Ali Fuat Yılmazer and Ramazan Akyürek during their investigations regarding the Dink murder.

The allegations are directly about Ramazan Akyürek and Ali Fuat Yılmazer, two top police chiefs loyal to the Gülen Movement who were accused of helping the murder suspects and not sharing intelligence with their top officials. Former prosecutors did not investigate the allegations that Akyürek deleted electronic and telephone logs in the National Police Department that could help shed light on the murder, according to reports in the Turkish media. The prosecutors also did not investigate similar allegations of Ali Fuat Yılmazer at that time. Then Prime Minister Recep Tayyip Erdoğan authorized inspection boards to investigate the misconduct and negligence in the Dink murder investigation and prepared a report about the case. In her testimony, Ayşegül Genç, a member of the Prime Ministry inspection board said, "In our report we concluded that Akyürek and Yılmazer should be put on trial. At that time, we had listened to many people and conducted an investigation. Because of our duty, we also appealed to the testimony of Trabzon Police Constable Akyürek and Fuat Yılmazer. Thereupon they intimidated and threatened us, they tried to prevent us from maintaining our investigation indirectly and Yılmazer did not give us the requested information and documents."

Moreover, Necmettin Emre, the former deputy director of the Turkish National Police's intelligence department was also interrogated and in his statement he emphasized that the "intelligence report in which it was written that Dink would be killed had been sent to Fuat Yılmazer from former Trabzon Police Chief Akyürek, however this intelligence report did not come to me. They made documents look as though I had seen them. Thus they cover up the case." He added, "Every kind of document was hidden from me and from my chief Mehmet Uzun, the former director of the Turkish National Police's intelligence department.

In the report that had been prepared in 2008 by the Prime Ministry Inspection B o a rd, it was indicated that Erhan Tuncel, who was charged as a main instigator of the 2007 assassination of Dink, had informed police the year before about the murder by Yasin Hayal, the instigator of the murder.
In the report, the information about Hayal's ex-brother-in-law, Coşkun İğci's cluing the gendarmerie in on the murder six months ago, also took place.
As underscored in the report, neither the gendarmerie nor the police shared this intelligence and both Ramazan Akyürek and Ali Fuat Yılmazer were found delinquent and were wanted to be brought to justice.