CHP to vote against the mandate for military action against ISIS 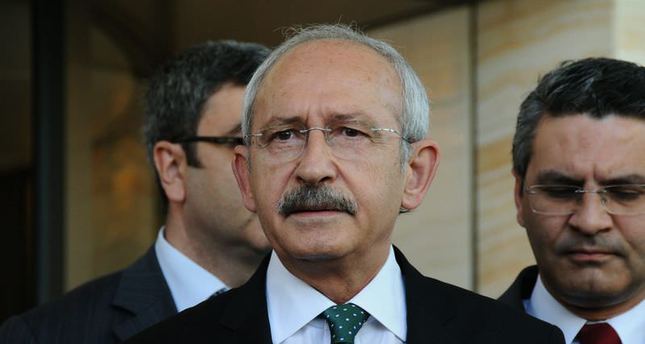 by Daily Sabah Oct 01, 2014 12:00 am
The leader of Turkey's main opposition the Republican People's Party (CHP) Kemal Kılıçdaroğlu announced on Wednesday the party will vote against the motion proposed by the government which authorizes Turkish troops to intervene in Iraq and Syria to fight against ISIS and other terrorist groups.

"The motion appears to be that Turkey will fight against not only ISIS but also against Syria. The Party will vote against the motion." he said in his statement.

Turkish Parliament will vote for the mandate in an open session on Thursday.