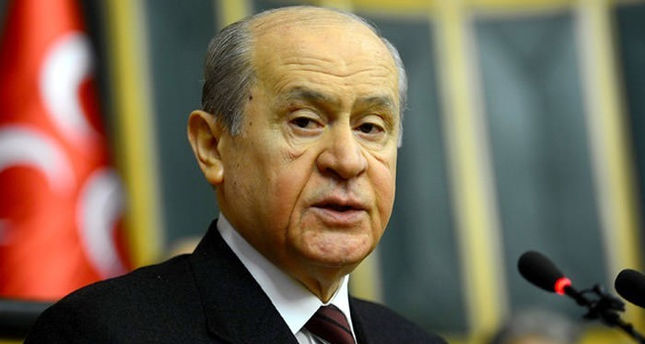 by Daily Sabah Oct 01, 2014 12:00 am
As Turkish Parliament received a mandate seeking to send troops to turmoil-ridden Syria and Iraq to fight against the Islamic State of Iraq and al-Sham (ISIS), which controls large territories in the region, the political parties in the Parliament already voiced their concerns over the mandate.

People's Democratic Party (HDP) Group Deputy Chair Pervin Buldan said that the HDP will vote "no" to the mandate over Turkish deployment in Iraq and Syria, while the Nationalist Movement Party (MHP) announced that it is opposed to having foreign soldiers deployed in Turkey and the main opposition Republican People's Party (CHP) that formerly announced their support for Turkey's involvement in the anti-ISIS coalition but oppose Turkish boots on the ground, decided not to support the mandate.

After the mandate was submitted to Parliament, the MHP, having certain reservations on the mandate, announced that they will vote "yes" on the mandate. MHP leader Devlet Bahçeli said, "Our choice is Turkey's security."

The mandate allowing a cross-border operation caused concern by MHP deputies due to what they see as drawbacks in the mandate. However, following talks between Bahçeli and his staff, the MHP leader said that his party will give the authority to the Turkish Army.

HDP Mersin Deputy Ertuğrul Kürkçü announced that his party is critical of the mandate and said, "We are against this mandate. We will say 'no,' we will show a red card to the mandate."

Kürkçü said that none of the regional issues can be solved with weapons and pointed out that the HDP has voted "no" on all mandates since 2007 for the same reasons. Kürkçü also questioned the merging of two different mandates into one comprehensive package.

CHP Deputy Chairman Gürsel Tekin said that the mandate is incoherent and problematic. Engin Altay, another CHP deputy chairman, stated that they will not support the mandate in the Parliament.

While the mandate is occupying Ankara's agenda, a CHP committee visited the north Syrian town of Kobani, which has witnessed clashes between Kurdish forces and ISIS insurgents, to research the situation. A report published after the investigations in Kobani said that 35 civilians in Kobani lost their lives and 135 people were injured.

Calling for an urgent action plan regarding the town, the work by the Turkish Disaster and Emergency Directorate (AFAD) on the border and in the town was praised. The report also said that even though AFAD's work should be respected, they are still not enough.

A CHP committee visited Kobani from Sept. 24-25 and had discussed the continuing Syrian Kurd refugee influx and humanitarian aid in the region.

According to the report, half of the refugees who crossed the Turkish border have returned to Kobani and criticized the Turkish government for not following up on those who returned.