Turkey: Egypt regime tramples on its people’s will 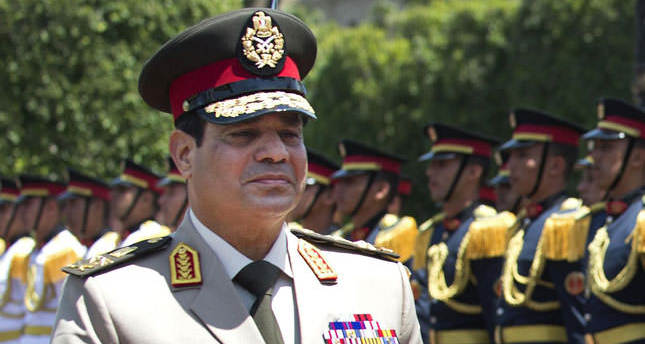 The Turkish Foreign Ministry's statement read that allegations by the Egyptian administration cannot be taken seriously or accepted.

"Turkey's stance [toward Egypt] is known, that the stability in Egypt is only ensured through a democratic administration with a comprehensive political process. By force of its principled stance on this issue Turkey continues its calls for a transition to democracy based on the nation's will," the statement said.

Referring to the Egyptian Foreign Ministry's statement issued on Sept. 29, the Turkish Foreign Ministry said that the Egyptian administration is incapable and it attacks the Turkish state with a guilty conscience. Touching upon humanitarian crime in Egypt, the statement said that the Egyptian administration uses disproportionate force and puts political parties, youth movements and democratic movements behind bars for arbitrary reasons. The statement said basic democratic rights are being disregarded in the country. Dismissing accusations that Turkey is involving itself in Egypt's domestic affairs, the statement said, "It is not possible to describe those treatments that trample on the Egyptian people's will. The principle of involvement in domestic affairs cannot be used as a means to legitimize the tyranny and abuse of rights."

On Sept. 29, Egypt responded to Erdoğan's criticism at the WEF by saying, "The Turkish president is not in a position to give lessons to others about democracy and respect for human rights and appoint himself their guardian."

At the WEF, Erdoğan questioned the legitimacy of the Egyptian government and said, "We see that in one country where the will of the people manifested itself, those who are elected with a vote of 52 percent are toppled by one of the ministers in the cabinet," in reference to the Morsi's ouster.

Erdoğan added that the international community legitimized the coup.

This is the second time that Erdoğan has been highly critical of Sissi. In the previous week, Erdoğan directed harsh criticism at Sissi at the U.N. Security Council.

"The U.N. as well as [other] democratic countries have done nothing but watch events such as overthrowing the elected president in Egypt and the killing of thousands of innocent people who want to defend their choice. And the person who carried out this coup is being legitimized [by the U.N.]," Erdoğan said in his address to the U.N. General Assembly in New York on Sept. 24. Erdoğan also refused to attend U.N. Secretary General Ban Ki-moon's dinner because Sissi would be there.