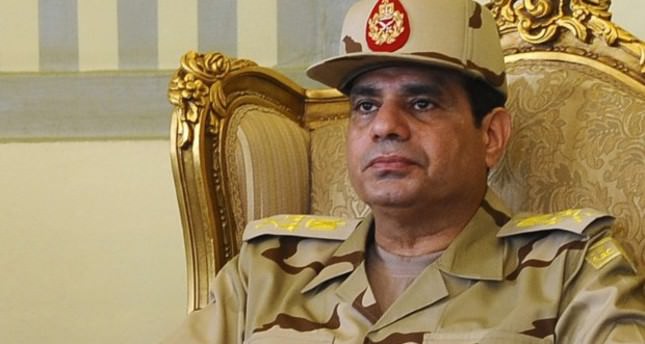 by AA Oct 04, 2014 12:00 am
At least 300 Egyptian public figures signed a petition to President Abdel-Fattah el-Sissi to cut Egypt's ties with Turkey if the latter did not present an official apology for recent remarks by President Recep Tayyip Erdoğan.

"We will present the petition to the Egyptian presidency after the number of signatories reaches 500," Mahmoud Nafadi, head of NGO Coalition of Arab Civil Parties, who signed the petition, told Anadolu Agency.

"Around 300 public figures have already signed the petition, which cites the verbal attacks made by Erdoğan during the U.N. General Assembly in New York and World Economic Forum in Istanbul [against Egypt], which requires a formal reaction from Egypt," he added.

"We will send the petition to the presidency to give Turkey the choice whether to formally apologize to Egypt or the latter will sever its ties with Turkey for good," he said, describing the move as a "justified escalation."

Tension between the two countries peaked last November, when Egypt declared the Turkish ambassador in Cairo "persona non grata" - a move to which Turkey responded in kind.

Addressing the U.N. General Assembly in New York last week, Erdoğan lashed out at the Egyptian regime, accusing the international community of lending legitimacy to el-Sissi, who is widely seen as the architect of Morsi's ouster last year.

Egypt's Foreign Ministry replied by asserting that Erdoğan's address contained "lies" and disregarded the "will of the Egyptian people."

A high-profile diplomatic source, who preferred not to be named, told AA that Egypt would not cut relations with Turkey. Yet, he said, Cairo would not "allow any further interference from the Turkish president in Egypt's domestic affairs."

He also denied reports that the presidency had asked government ministries to review all of Egypt's cooperation agreements with Turkey.

"Politics should not affect economic and historic relations, at least in the meantime," he said.