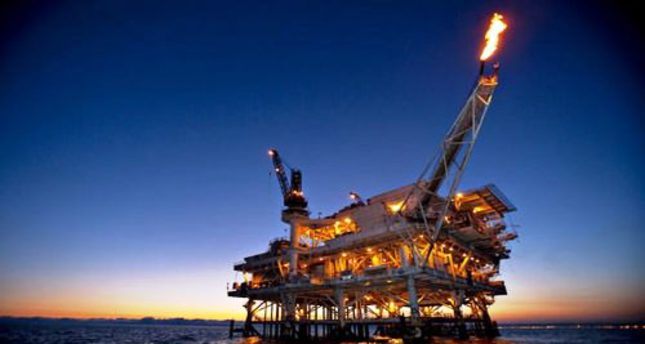 by AA Oct 04, 2014 12:00 am
Greek Cypriots' hydrocarbon exploration activities are one-sided, the Turkish Foreign Ministry said in a written statement on Saturday.

TRNC, the Turkish Republic of Northern Cyprus, announced that a Bahama-registered ship, SAIPEM 10000, began hydrocarbon exploration in parcel 9, in an area southeast of the island which Greek Cypriots have declared an exclusive economic zone ex parte or unilaterally.

"We are worried over the Greek Cypriot Administration's one-sided hydrocarbon exploration activities in the so-called exclusive economic zone," said the ministry.

The Turkish Republic of Northern Cyprus (TRNC) in cooperation with Turkey will send a seismic exploration ship to conduct exploration in the regions for which the Turkish Petroleum Corporation has given exploration licenses.

The Turkish Foreign Ministry backed TRNC's statement which was published on Friday.

"On the Turkish Cypriot side, we are of the belief that until a comprehensive settlement is reached, the exploration, extraction and processing of the natural resources around the Island, which is co-owned by the two peoples, should be carried out through the mutual cooperation of the two sides rather than through unilateral initiatives," the Turkish Republic of Northern Cyprus said.

According to TRNC's announcement, based on the results of the data received from the seismic exploration, drilling platforms are also intended for placement in the relevant areas.

The Turkish Foreign Ministry stressed that the main aim is to reunify the Turkish Cypriot and Greek Cypriot communities.