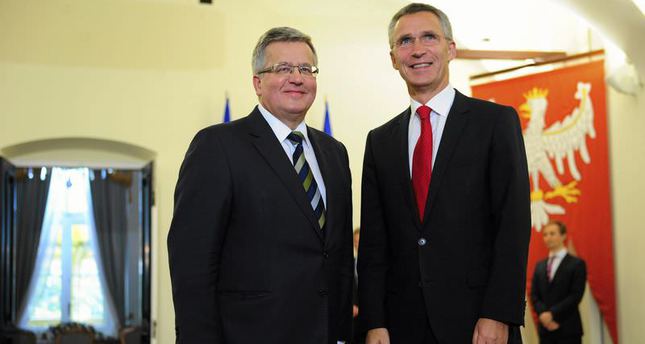 by reuters
Oct 06, 2014 12:00 am
The NATO military alliance has the option of moving land troops into Turkey if that proves necessary to protect Turkish security in the face of attacks from ISIS, NATO Secretary-General Jens Stoltenberg said on Monday.

Stoltenberg, speaking through a translator at a news conference during a visit to Poland, also said NATO was very concerned at the large number of violations the alliance had observed of the ceasefire in eastern Ukraine.