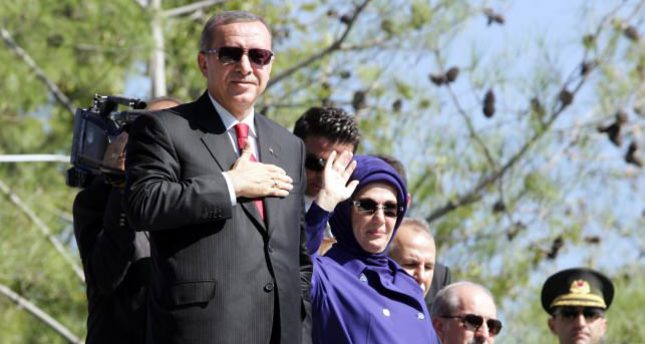 President Erdoğan said the Syrian Kurdish town of Kobane is about to fall, and that airstrikes are not enough to defeat ISIS terrorists. He said "Without cooperation with groups on the ground, the ISIS issue can not be solved."

President Erdoğan greeted the refugees' Eid-al Adha, and said "We are happy and proud to be hosting you in our country. No matter what others say, you are never a burden for us." The number of Syrian and Iraqi refugees has hit 1.5 million, he later announced in his speech.

Erdoğan criticized the west and the United Nations for not helping refugees saying "They are only spectating and talking. We have spent $4 billion in Turkey, and $500 million abroad."