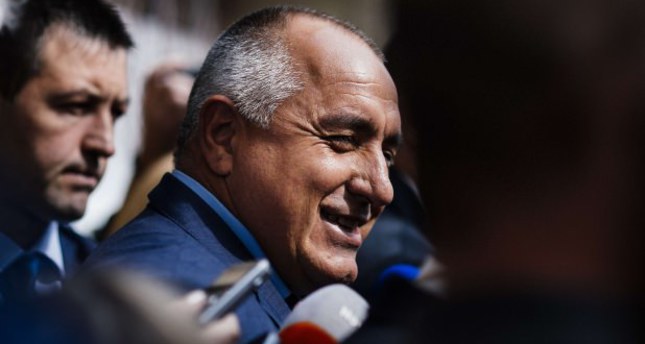 by AA Oct 07, 2014 12:00 am
Turkish Prime Minister Ahmet Davutoğlu has congratulated the leader of the center-right GERB party on his victory in Bulgaria's general elections.

In a phone call on Monday night, Davutoğlu wished Boyko Borisov good luck in forming a coalition government, a source in the prime minister's office said.

Borisov's party won just over 32 percent of votes, failing to win enough seats in parliament to form a majority government.

It will be Bulgaria's fifth government in two years. A record eight political parties are expected to enter the 240-seat parliament.