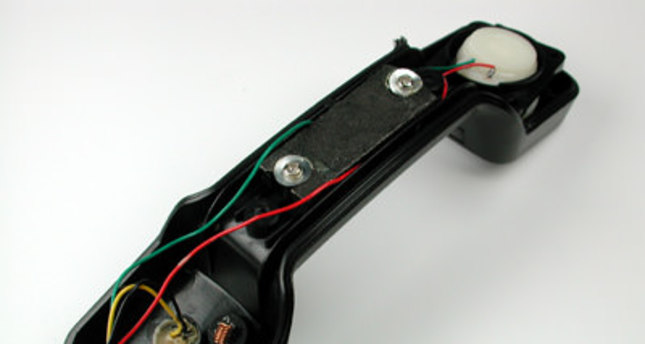 by Daily Sabah Oct 09, 2014 12:00 am
Turkey's General Staff announced on its official website on Wednesday that it has started to investigate the allegations that agents of the Gülen Movement – led by U.S.-based controversial imam Fethullah Gülen – fitted bugging devices at military quarters.

In the written statement, the General Staff said that it took necessary precautionary measures and that military prosecutors had previously initiated an investigation into the claims that alleged members of the movement – which is accused of wiretapping thousands of prominent figures, including the former prime minister, the former president and ministers – fitted bugging devices to record conversations of top military officials.

A series of fabricated tape recordings of current Turkish President Recep Tayyip Erdoğan, who was then prime minister, and numerous ministers and politicians have previously been posted online prior to the March 30 local elections by agents affiliated with the Gülen Movement following the Dec. 17 and Dec. 25 operations, which are believed to have been orchestrated by the movement to topple the elected government.

The Gülen Movement operates in hundreds of locations around the world via charter schools and other activities. Their activities have been subject to government scrutiny in Azerbaijan, Russia, Germany, the U.S. and other countries. They are currently accused of infiltrating Turkish state institutions to establish "a state within the state" that would pay allegiance to Gülen. The movement denies these claims and has radically changed its political stance since the government proposed closing prep schools in Turkey, which are mostly operated by the movement. Prior to his presidential election victory, Erdoğan denounced the Gülen Movement and said, "If the Dec. 17 and Dec. 25 coup attempts were successful, we [government figures] would now be standing trial. We fight not for ourselves, but for the nation." In his speech, Erdoğan also challenged the Gülen Movement, saying that he will never allow organizations and movements to exploit religion if he is elected president.