CPJ calls for reforms to curb Gülenist pressure on media 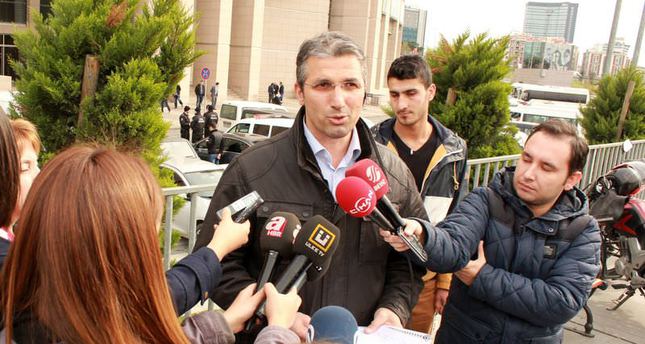 The Turkish government needs to adopt necessary reforms for the freedom of press to prevent the Gülen Movement or other groups’ agents within the judiciary from continuing their pressure against critical media, an official from the Committee to Protect Journalists said

Committee to Protect Journalists' (CPJ) Europe and Central Asia Program Coordinator Nina Ognianova said on Friday that the Turkish government should adopt certain necessary legal amendments to protect journalists from judicial persecution waged by the Gülen Movement, known for bombarding journalists who criticize it with a deluge of court cases. In unprecedented meetings with a joint delegation from the CPJ and the International Press Institute (IPI), senior Turkish government officials defended the country's record on press freedom while agreeing to take steps to improve conditions for journalists. The meetings, which included President Recep Tayyip Erdoğan, Prime Minister Ahmet Davutoğlu and Justice Minister Bekir Bozdağ, took place as the Parliament voted to give the government the authority to take military action in Syria.

Speaking to the Daily Sabah on Friday, Ognianova was asked about the restrictions on press freedom in Turkey and how journalists face obstacles as a result of the current structure of the judicial system that is infiltrated by agents of the Gülen Movement, led by U.S.-based controversial imam Fethullah Gülen, whose followers are accused of attempting to topple the elected government with their influence in the judiciary and police department.

"The fundamental problem here is that the law in Turkey is allowing such pressure. The panel code, counterterrorism law and other laws affecting the freedom of journalists should urgently be amended. Unless necessary amendments are made, it will be Gülenists today, but some other groups or organizations tomorrow," said CPJ's Ognianova, adding that a new constitution that the government wants to introduce in 2015 should be discussed by press advocator NGOs.

Ognianova said that she has observed divergence in media and that there is little midway and added that the Gülen Movement, which once was a close ally of the ruling party, might have had influence in the government when tens of journalists were jailed in the last several years, including Nedim Şener, who was put behind bars after writing a book on the Gülen Movement.

In a press release published on CPJ's website on Thursday, it was stated that the Turkish government committed to taking several steps to address concerns raised by the delegation and the Ministry of Justice agreed to continue the reform of Turkey's anti-press laws, and agreed to make available for independent legal review case files of imprisoned journalists.

"Although we disagree with government leaders on the role of news media, we are encouraged by their willingness to meet with us," said CPJ board Chairman Sandra Mims Rowe, who led the joint delegation. "We welcome the commitments they made, and we believe officials recognize the depth of international concern."

Speaking to Daily Sabah on Friday, The Media Association's General Secretary İbrahim Altay said journalists in Turkey are not capable of freely delivering news to the public as the systematic pressure of Gülenists on the media threatens their lives and careers. "The reason behind their pressure can only be described as a threat. International press advocating organizations should acknowledge that followers of this movement are manipulating lawsuits to put pressure on media, just like their people in media, who look for ways to have close contacts with foreign journalists so they can manipulate things for their advantage," he added.

Turkuvaz Media Group has also condemned limitations on press freedom in Turkey and stated that journalists face troubles as a result of Gülenist infiltration within the judiciary.

Fatih Savaş, the Legal Affairs Manager of Turkuvaz Media Group, which owns some of the most prominent TV channels, newspapers and magazines, said the media giant urges the Turkish government to take the necessary action to rid the Turkish judiciary and bureaucracy of agents of the Gülen Movement "that pose a direct threat to press freedom in the country."

"The movement, which has infiltrated judicial institutions, attempts to halt our operations as journalists through the use of affiliated judges as they damage people's confidence in the legal system," he added.

Savaş stated that the Gülen Movement's infiltration in judicial bodies has been exposed since December 2013 and it tries to block all news and investigative journalism by the Turkuvaz Media Group through the use of legal mechanisms as a tool.

These actions do not only affect the media group's news reporting but the lawyers of the company who attempt to legally defend the media group, said Savaş, adding that journalists are also facing obstacles while conducting their duties. "Our lawyers are facing penalties due to complaint requests submitted to the bar association by Gülenist agents as this clandestine organization, which has completely taken over the judiciary, blocks our activities as journalists. This clandestine movement poses the greatest threat to freedom of the press in Turkey, as they attempt to block journalism and press freedom through their agents within the judiciary, and we believe that they currently hold the Turkish judicial system and some units within the bureaucracy under their authority. We request the Turkish government to take the necessary steps to transform the judiciary and bureaucracy into a more transparent system as soon as possible and believe that it will not be possible for journalists to conduct their duties in a free atmosphere unless these steps are taken," said Turkuvaz Media Group's legal affairs advisor.