NATO will protect Turkey in any case 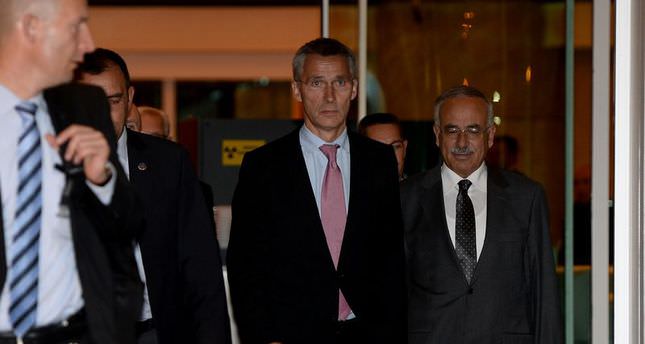 by Daily Sabah Oct 09, 2014 12:00 am
"NATO will protect member state Turkey in case of any attack as a result of the fighting just across the border in Syria," NATO Secretary General Jens Stoltenberg said on Wednesday during his visit to Turkey.

As Stoltenberg reiterated that NATO is ready to protect Turkey he said that NATO deployed Patriot missiles in Turkey to strengthen its air defense and even though Turkey did not officially request NATO to enhance Turkey's border security, the organization still closely followed the latest developments at Turkey's border.

Former Norwegian Prime Minister Jens Stoltenberg is set to meet senior Turkish officials, including President Recep Tayyip Erdoğan and PM Ahmet Davutoğlu during his visit to Turkey. The officials are expected to focus on ISIS' advance in Syria and other developments in the region.