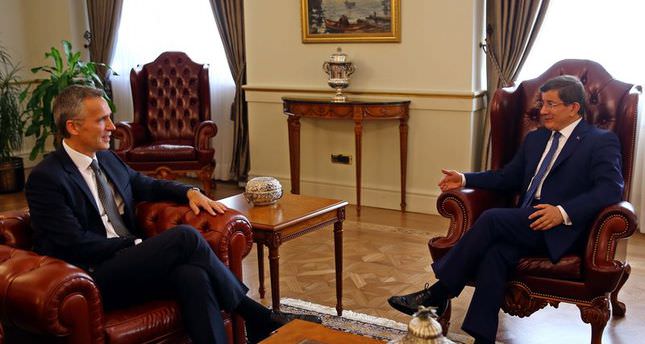 by Daily Sabah Oct 09, 2014 12:00 am
"Turkey is the most strongly affected country by the crisis in Iraq and Syria," NATO Secretary-General Jens Stoltenberg said on Thursday as he met with Turkey's Prime Minister Ahmet Davutoğlu in Ankara.

Stoltenberg has said that NATO is fortunate to have a strong ally like Turkey in the region and reiterated that NATO is ready to protect Turkey from any possible attacks.

According to the prime ministry sources, during the meeting Ahmet Davutoğlu praised NATO's support for establishing the Patriot missile system in Turkey and also said that NATO's support is crucial as the region witnesses the current crisis.

The private meeting lasted for one and half hours and was also attended by Turkish Foreign Minister Mevlüt Çavuşoğlu.