PYD leader inconsistent in remarks regarding relations with Turkey 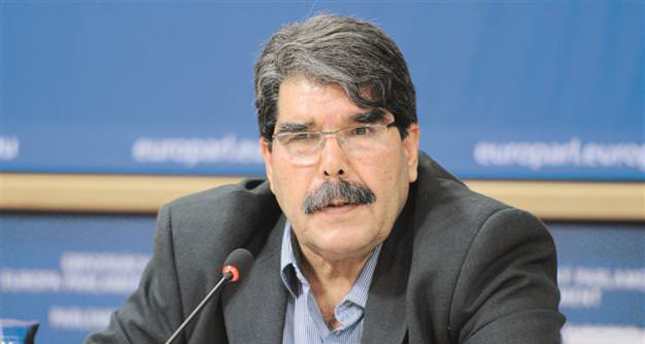 by Daily Sabah Oct 09, 2014 12:00 am
Speaking to different media outlets, Democratic Union Party (PYD) Chairman Salih Muslim delivered contradictory remarks regarding relations with Turkey on the ISIS crisis, saying both that the PYD and Turkey have a consensus and also that Turkey fails to respond to his telephone calls.

Speaking to the BBC, Muslim said that Turkey failed to abide by its promise to show support to him in the fight against ISIS and that officials do not respond to his calls, a statement that contradicted another statement he made on the same day with Al Jazeera.

"We and Turkey and are in agreement [on our stance against ISIS]," Muslim was quoted as saying by Al Jazeera.

Turkey's pro-Kurdish Peoples' Democratic Party's (HDP) policy regarding the ISIS threat also leaves a question mark hanging over the issue. While opposing the mandate that gave Ankara authority to send troops to Syria and Iraq, party members are now seeking support from government officials to fight against ISIS.

After the motion that gave the government authority to conduct military activities across borders was passed by Parliament, Turkey became exposed to massive pressure from both internal and external circles to intensify its support for Syrian Kurds in the fight against ISIS, which is very close to capturing the city of Kobane in northern Syria.

With the risk of Kobane falling growing quickly, tension in Turkey's southeast escalated, leading to violent protests that claimed at least 18 lives. The protests broke out demanding the government step up its support in the region.

The co-chair of the HDP, Selahattin Demirtaş, called for street demonstrations against "ISIS attacks and the ruling Justice and Development Party's [AK Party] stance on Kobane" on Tuesday. He later released a statement on Thursday saying he condemned the "provocative offenses" of the protestors.