US envoy for anti-ISIS coalition, NATO chief to visit Turkey 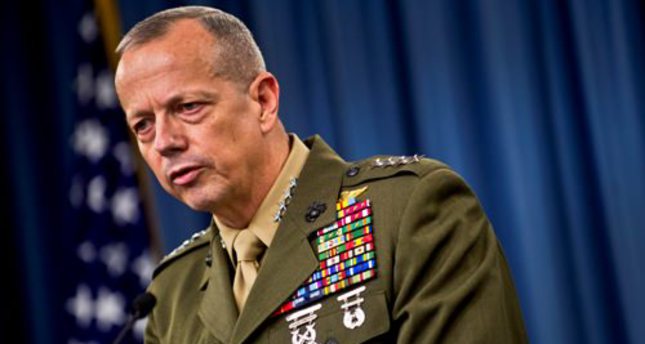 by Anadolu Agency Oct 09, 2014 12:00 am
Gen. John Allen, the U.S. special envoy for the anti-ISIS U.S.-led coalition, and his deputy, Ambassador Brett McGurk, are expected to arrive in Ankara today for a two-day visit to meet with Turkish officials, spokesperson for the United States Department of State Jennifer Psaki said. The meetings will address "basic logistical questions" regarding Turkey's role in the coalition, White House press secretary Josh Earnest told reporters aboard Air Force One.

"It is our view that there is a clear interest that Turkey has in working with the international coalition – or international community to deal with the threat that's posed by ISIS, notwithstanding whatever other political interests they may have there."